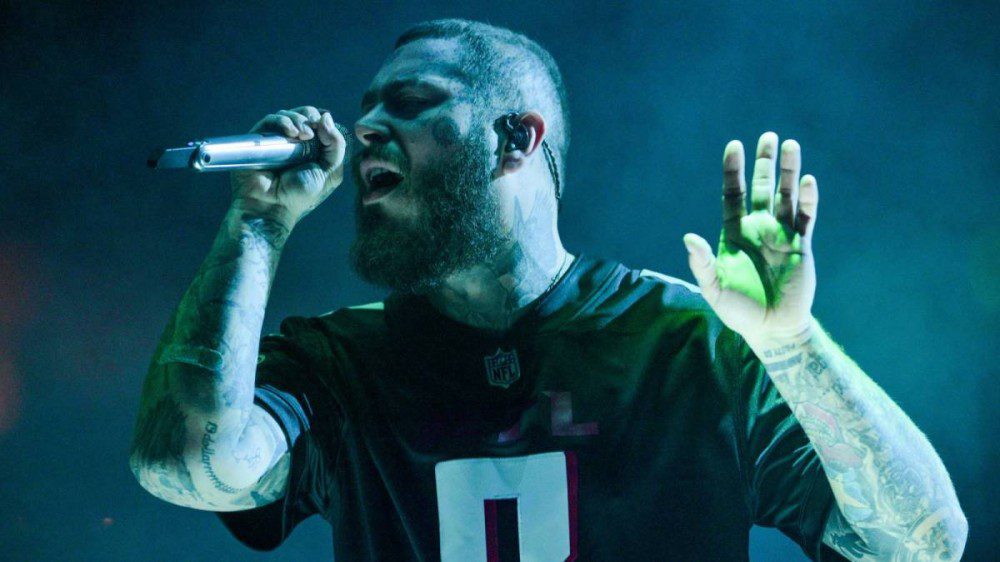 Post Malone was forced to pause a second Twelve Carat Tour Show following another onstage incident which left him with a bruised ankle.

While performing the song “Psycho” in Atlanta on Wednesday night (October 19), the rapper apparently stepped into one of the holes on stage meant to release pyrotechnics during the performance. According to TMZ, the “Rockstar” singer was in enough pain to force him down to his knees, causing concern for his team.

He initially attempted to continue performing, but was eventually helped off stage by a couple of stagehands. He appeared in good spirits when he got back on stage and explained what happened to the audience.

“I just twisted up my ankle a little bit over on that hole there,” he said. “So if my dance moves aren’t 100 percent, you gotta forgive me tonight ladies and gentlemen. I’ma do my best.”

🚨 Posty bruised his ankle tonight in Atanta for #TwelveCaratTour.

One fan on Twitter said Posty then proceeded to perform acoustic songs.

Just last month, the artist was forced to take a 15-minute break mid-performance after taking a pretty nasty fall at the at the Enterprise Center in St. Louis. As he walked down a ramp, Post Malone fell into a trap door which had been left open after it had been used to lower his guitar below stage.

Medics rushed to his side and he was eventually able to hobble off stage. He promised his fans he’d be back and about 10 minutes later, he made good on his promise, although he had to cut his set short.

A week later, he was forced to skip the Boston stop on the tour completely after realizing that the fall in St. Louis had left him with a rib injury.

“Boston, I love y’all so fucking much,” he wrote on Twitter. “On tour, I usually wake up around 4 o’clock PM, and today I woke up to a cracking sounds on the right side of my body. I felt so good last night, but today it felt so different than it has before. I’m having a very difficult time breathing, and there’s like a stabbing pain whenever I breathe or move.

“We’re in the hospital now, but with this pain, I can’t do the show tonight. I’m so fucking sorry. Everyone’s tickets for tonight’s show will be valid for the reschedule that we’re planning right now. Once again, I’m so fucking sorry, I love y’all so much. I feel terrible, but I promise I’m going to make this up to you. I love you Boston, I’ll see you soon. I’m so sorry.”

He went on to make up the Boston date on October 10.

This year has also brought its fair share of joy for Post Malone. Just ahead of the release of his fourth studio album Twelve Carat Toothache, which debuted at No. 2 on the Billboard 200 in June, the rapper and his fiancée welcomed a baby girl.

Post Malone announced he and his then-girlfriend were expecting their first child in May. The couple celebrated the news with a private party for friends and family at an undisclosed location in Southern California.

“I’m excited for this next chapter in my life, I’m the happiest I’ve ever been, and for since I could remember I was sad,” Post Malone told TMZ in a statement. “Time to take care of my body and my family and friends, and spread as much love as we can every day.”

The Twelve Carat Tour is set to wrap in Los Angeles on November 15.