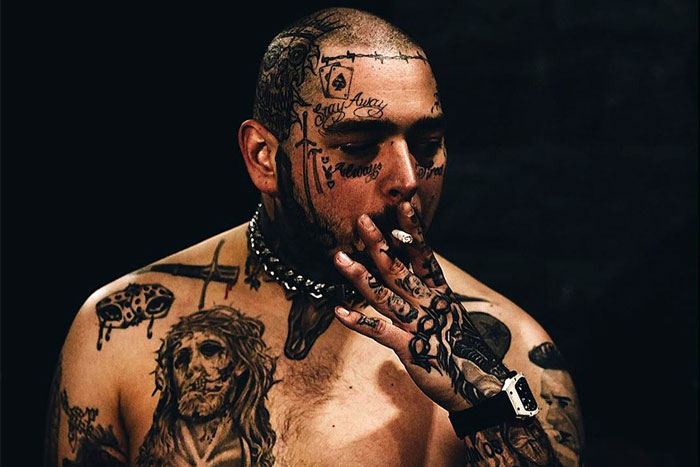 The singer has been posted up in his Park City, Utah, mansion where he is recording a new album. In an interview with WSJ. Magazine, Post says the coronavirus pandemic hasn’t slowed him down. In fact, he’s been more creative than ever.

“As crazy as the world is and as strong as everybody needs to be, being able to be in my house by myself and just vibe-out and see where my brain takes me–this has been a perfect time to make music, and to write songs about what’s going on currently,” he said.

He hopes his music will be a light in dark times. “I’m working on an album now. There’s so much to say in these times that will give people hope and hopefully uplift people’s spirits. Because it’s a dark time in America. It’s a dark time in the world,” he added. “Honestly, for a songwriter to be in the house all day is a blessing and a curse. In the darkest of times I’m just trying to make something beautiful out of it.”

He has been trying to push himself outside his comfort zone and he’s been happy with the results. “So I’ve gone a little bit crazy, and I wanted to take more steps outside of my comfort range and make music that I think–to me–is some of the best I’ve made,” shared Post.

“And I probably say that every album cycle, but for me it feels so special. I want to make an album that will uplift and show that people are not alone in their times of loneliness and worry and that at the end of the day we all just need to show love to everyone on the planet and figure things out. So we’re working pretty hard, and I think we’re making some incredible stuff.”

The untitled project marks the follow-up to Hollywood’s Bleeding, which remains in the top 5 on the Billboard 200 almost a year after its release.

Post is also venturing into the world of wine with his first rosé, Maison No. 9, which launched in June and sold 50,000 bottles in two days. “I’m so blessed and happy that we’re crushing it the way that we are,” he said of the brand’s success. “We’re trying to make an empire so that we can drink for free and our kids can eat forever.”