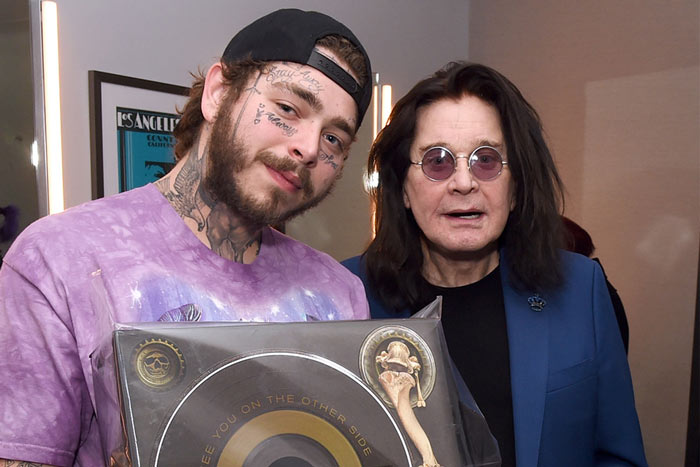 After teaming up on last year’s “Take What You Want,” Post Malone reunites with Ozzy Osbourne on “It’s a Raid.”

During a recent SiriusXM listening party, the Prince of Darkness revealed the story behind the thrash banger, which closes out his new album Ordinary Man. In 1972, while Black Sabbath was recording Vol. 4, the police swarmed the band’s house in Bel Air, Calif. after Osbourne accidentally triggered an alarm.

“I’m shouting, ‘IT’S A FUCKIN’ RAIIIIID,” said Osbourne, who tried to hide the piles of weed and coke before retreating to the bathroom and snorting it until the cops left. “I’ve got coke coming out of my fucking ears! I didn’t sleep for four days after that.”

Ordinary Man, Ozzy’s first album in a decade, arrives Friday. “I know he’s been working on a new project with a bunch of my friends, [and] I’m really excited for him because he’s so passionate about it and it sounds incredible; he sounds incredible,” Post recently told Rolling Stone.

Post and Ozzy, along with Travis Scott, previously collaborated on “Take What You Want” for Post’s album Hollywood’s Bleeding, and also performed the song at the American Music Awards in November.

Post is currently on his “Runaway Tour” with Swae Lee, which runs through March 21 in Salt Lake City. He is also planning to release a new project sometime this year. “I hope to have a record out for the fans in 2020,” he told RS.