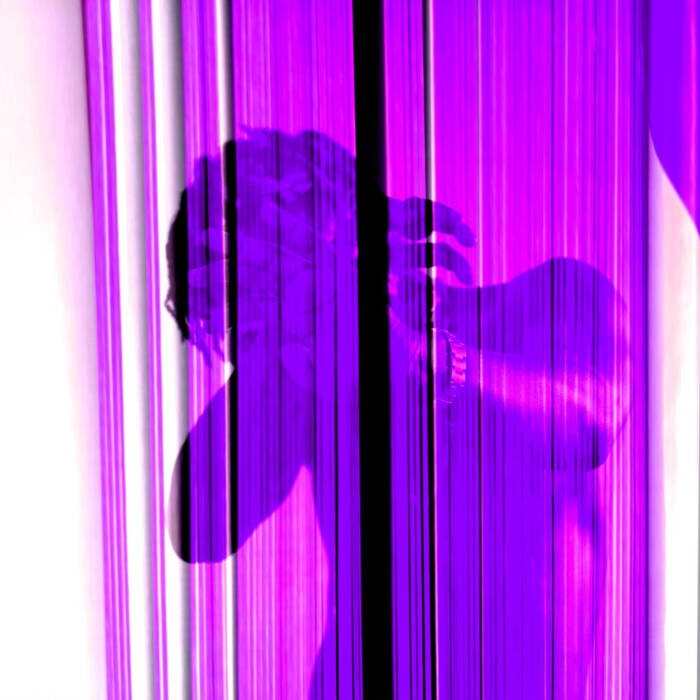 Directed by Sean Russo and featuring a cameo from the actress Diamond White, the video for “ONE OF US” dramatizes Merlyn’s conflict with a powerful metaphor about his loss of control. The first two-thirds of the video take place in a blue-tinted digital realm, with Merlyn as an avatar with characteristics altered and closely monitored by an unseen entity. In the video’s final third, Merlyn attempts to awaken from his haze, the video adopting a more naturalistic color palette as a disoriented Merlyn confronts his masked demons in the flesh. Stay tuned for the end of the video, when a twist ending reveals the culprit behind the blue screen who has been at the controls the whole time.

A member of BROCKHAMPTON from 2012 until its final performance at this year’s Coachella, Merlyn Wood made his mark as the most outgoing and eccentric member of the groundbreaking band. Born in Ghana and raised in Houston, the artist credits both places as major influences on his vibrant and lively vocal style.  Though he occasionally released music outside of the framework of BROCKHAMPTON, Merlyn spent the early part of 2022 laying the groundwork for his foray into solo stardom, sharing his CONNIE-produced single “S.Y.K.” in February to praise from NPR, HYPEBEAST, and more. In May, Merlyn struck again with “GREEN LIGHT,” also produced by CONNIE, showing off his playful side in a video praised by The FADER, Clash, NME, and many more.

Beyond music, the artist plans to continually expand his universe of King Arthur-inspired ventures with A Really Round Table (ARRT), which aims to bring different communities together through unique goods, human-connection events, and philanthropy–a portion of all revenue will go toward solving hunger in Ghana.

With multiple solo singles under his belt and many more to come, there’s no stopping Merlyn’s rise. Stay tuned for much more from the 26-year-old as he continues to forge his own path through the music scene and the world at large.