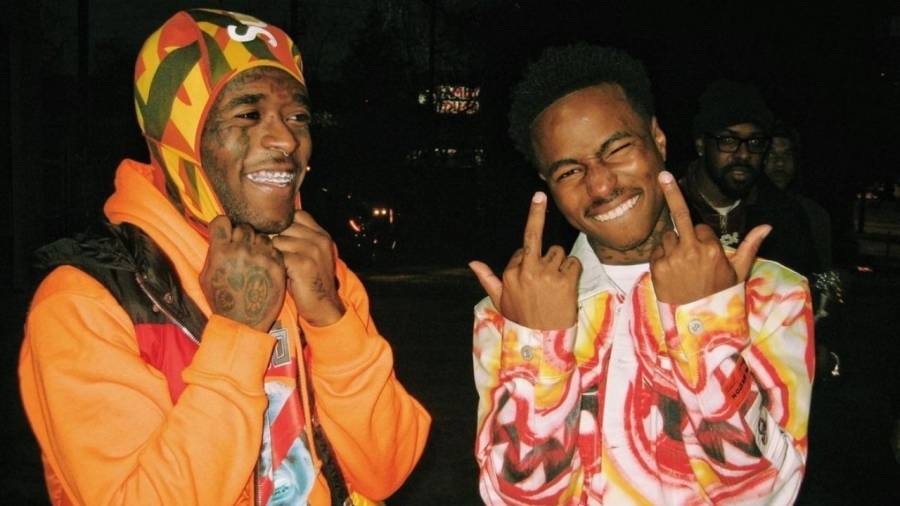 Los Angeles, CA – Philly rap fans should get ready to up the ante on their TikTok and Triller dancing game now that up-and-coming rap star Popp Hunna is linking up with Lil Uzi Vert for the remix of his viral hit.

The “Takeoff” rapper showed love to Uzi, calling him “genuine” after the pair shared a preview of their moves to the upcoming “Adderall (Corvette Corvette)” remix in an Instagram post on Wednesday (December 16).

“Peanut butter seats bitch I got it out the jam. @liluzivert genuine and sincere,” he wrote in the caption stamped with a handshake emoji.

It also appears the rappers shut down the streets and brought out multiple Corvettes for a video for the impending remix according to several clips that surfaced on Twitter Tuesday (December 15).

Uzi and Popp have been locked in and actively dangling an array of gap-bridging collaborations that cross both state lines and hierarchal rap game tiers. Along with his cosign of Uzi’s fellow Philadelphia native, he’s also putting the stamp of approval on trending Michigan act YN Jay.

The Coochie Land rapper shared a visual snippet of the purported video for part two of his fan-favorite “Coochie Scout.”

The Eternal Atake rapper actually hopped on IG live back in October to preview the entire song, which subsequently leaked to Twitter. Popp has also been on the move and plugged a collaboration with Chicago superstar Polo G.

“100 x goat,” Hunna wrote in the caption of the in-studio photo.

“Adderall (Corvette Corvette)” has racked up almost 22 million streams on Spotify alone and recently earned the One Year Later rapper his first chart-topping hit after reaching No. 1 on Billboard’s Top Triller US and Top Triller Global Charts.

Watch the video for “Adderall (Corvette Corvette)” below.