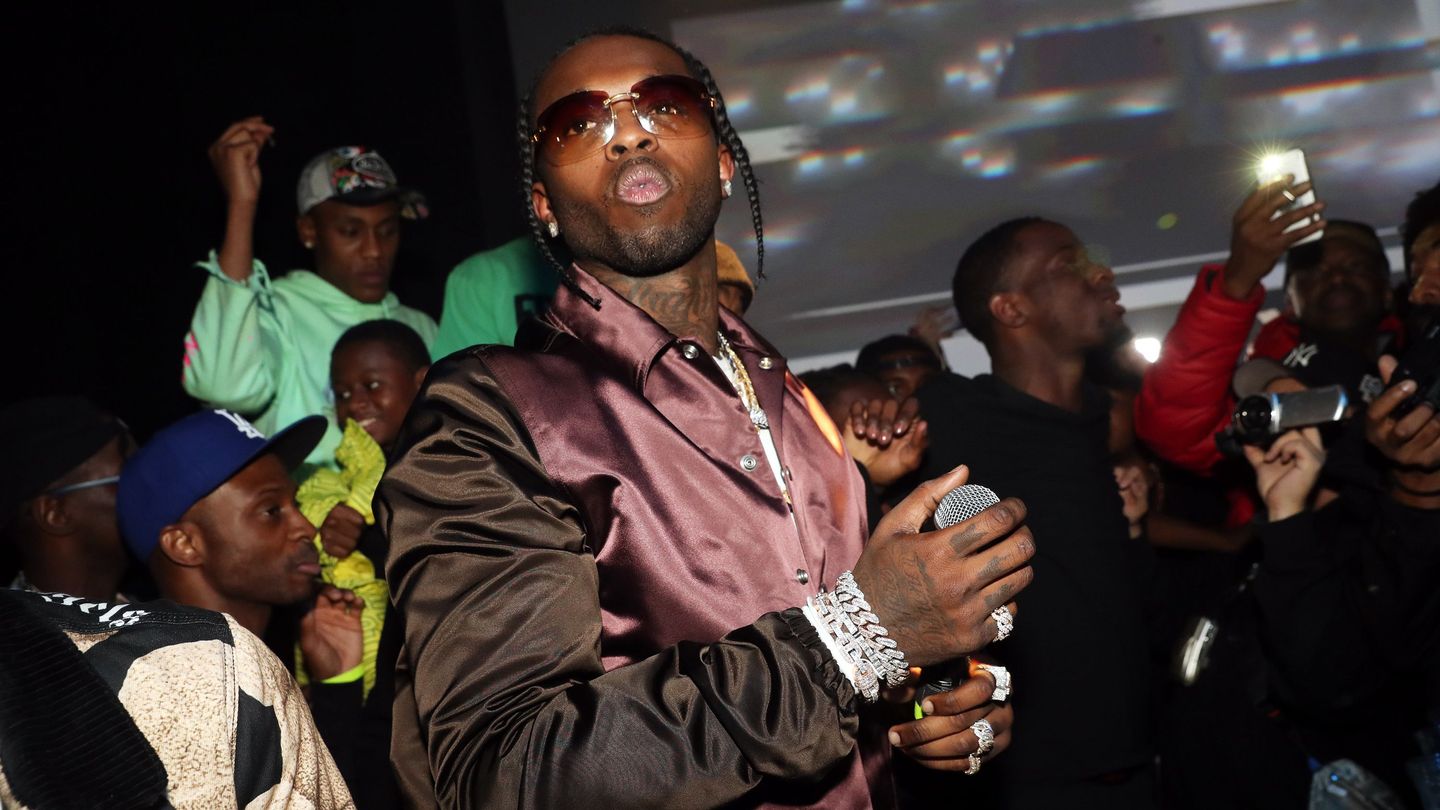 In February, rising Brooklyn drill rapper Pop Smoke was shot and killed during an apparent home invasion in the Hollywood Hills. He had spent the preceding months spreading his deep, gravelly voice across songs with Nav, Travis Scott, Nicki Minaj, and more, and though he'd dropped two successful and well-received mixtapes, he still had yet to release a proper debut album.

Next month, that will change. Pop Smoke's label and family have shared a promotional image for his posthumous debut LP – as of yet still untitled — that will drop on June 12. The head of his label, Steven Victor, posted the image to his Instagram today (May 14), along with the date.

A few weeks ago, Victor posted additional information about the rollout of posthumous Pop Smoke material. "The public show of support and grief, by everyone touched by Pop during his lifetime, has provided some semblance of comfort during these difficult times for his family, friends, and colleagues," Victor wrote in a joint statement with the rapper's family.

"Throughout the next year we will be sharing new music, as we continue to build Pop's legacy. In conjunction with his estate we will be making formal announcements on his foundation and music projects."

After Pop Smoke's death, Victor also shared a loving tribute to the rapper, calling him "a genuine person with a kind soul, heart full of gold, a good kid with a huge heart who just wanted to win, put on for Canarsie and inspire the world."