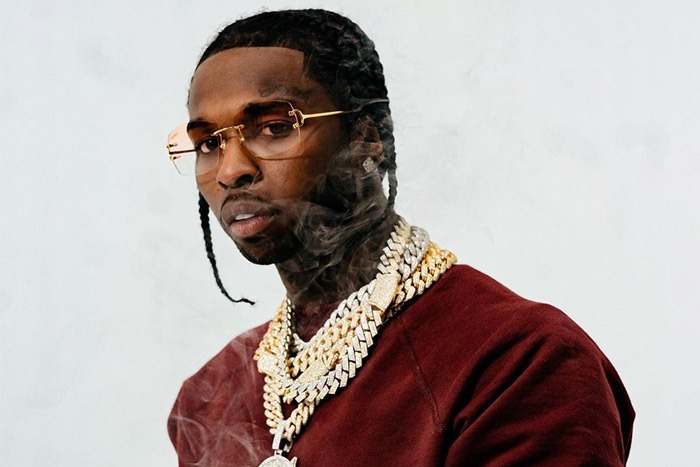 Pop Smoke’s family is breaking their silence in the wake of his death.

While they mourn the tragedy, the Brooklyn rapper’s family has released a statement expressing their gratitude for all the support they have received. “The family of Bashar ‘Pop Smoke’ Jackson would like to express our sincere gratitude to everyone for your support,” wrote the Jackson family. “Every prayer, call, and act of kindness is deeply appreciated as we mourn the loss of our son, brother, and friend.”

They also reflected on the 20-year-old musician who went on to become known to the world as Pop Smoke. “Brooklyn knew him as Bashar. He was educated and nurtured in Brooklyn and his rise to fame all developed from the place he proudly represented. Within the last year, his extraordinary gifts were revealed to the world; introducing Pop Smoke.”

Pop Smoke was shot and killed after four men in hoodies broke into his rented Hollywood Hills home on Feb. 19. The investigation into his murder is ongoing. It’s unclear if he was the victim of a random robbery or if he was targeted. There have been no arrests.

“Unfortunately there are no public details available regarding the murder of our loved one,” added his family. “We ask for respect and responsible reporting during this critical time. Thank you for respecting our family and the legacy of Bashar during this time.”

According to TMZ, Pop Smoke’s family flew to L.A. after hearing he had been shot to do their own investigation. They have personally questioned friends and witnesses, who were at the house prior to the shooting, and have asked to see the surveillance footage. They are trying to understand what happened and want answers.

Pop Smoke’s friends in the music industry including Nicki Minaj, Quavo, and Snoop Dogg continue to mourn the devastating loss. “I’ve always been able to be the one in front of it all. I gotta go home and think about this one ’cause this was a low blow right there. 20-year-old?” Snoop said during his “Red Table Talk” interview.

His legacy lives on. His single “Dior” becomes his first solo hit on the Billboard Hot 100, debuting at No. 49, while his mixtape Meet the Woo 2 is currently No. 8 on the Billboard 200 after an 11% increase in sales (40,000 equivalent album units).