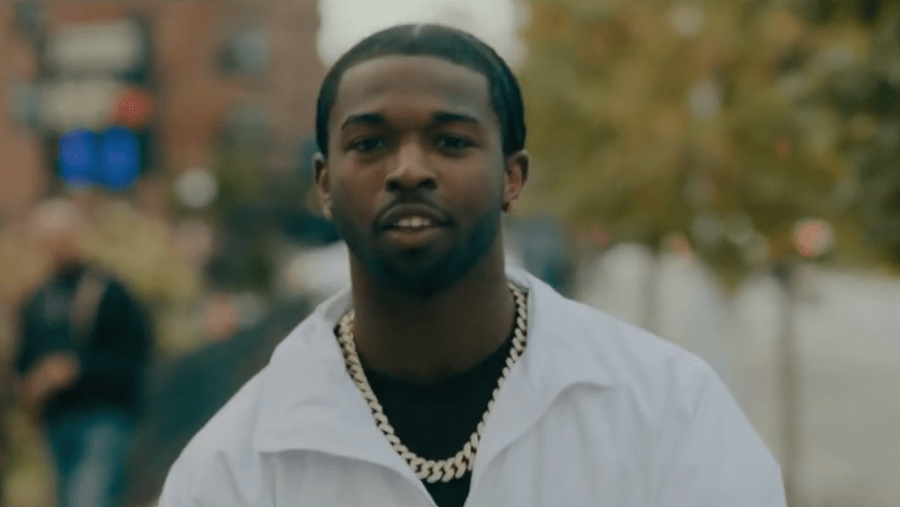 Pop Smoke‘s highly-anticipated acting debut in BOOGIE will finally be shown to the world on March 5. Ahead of its release, an official trailer for the Focus Features-produced movie has been revealed.

The trailer for Eddie Huang’s directorial debut was uploaded to the late rapper’s YouTube channel on Tuesday (January 19). The plot follows the story of budding basketball player Alfred “Boogie” Chin from Queens, New York, who must juggle the pressures of high school, a girlfriend and competitors on the court, on top of career expectations and parents pushing for him to earn a scholarship to an elite college.

Pop plays a key role as the main character’s basketball rival Monk. The trailer is also soundtracked by Shoot for the Stars Aim for the Moon single “Got It on Me,” which interpolates 50 Cent’s “Many Men (Wish Death).”

During an interview with Power 105.1 weeks before his death, Pop Smoke described his role in BOOGIE and talked about future acting ambitions.

“They got me playing some basketball player,” he told Angie Martinez. “I got some lines. It’s a nice role. I got a nice check too … I’m going to fuck with the acting.”

“This was the first time I met Pop,” he said. “He got the script and a day later was auditioning at the gym in my building. I asked him if he knew the lines and he said “yea” so I told him to put the phone away. He was a little stiff the first take but in three takes, he got it. You can even hear my excitement and the Producer’s as he finished his audition. We knew right there it was Pop.”

Huang continued, “He is honestly the most talented person I ever met in my life bar none. He knew he was ill but always spoke about doing it for his family, his friends, other kids like him. I think that’s why it was effortless for him. This one really fucking hurts…”