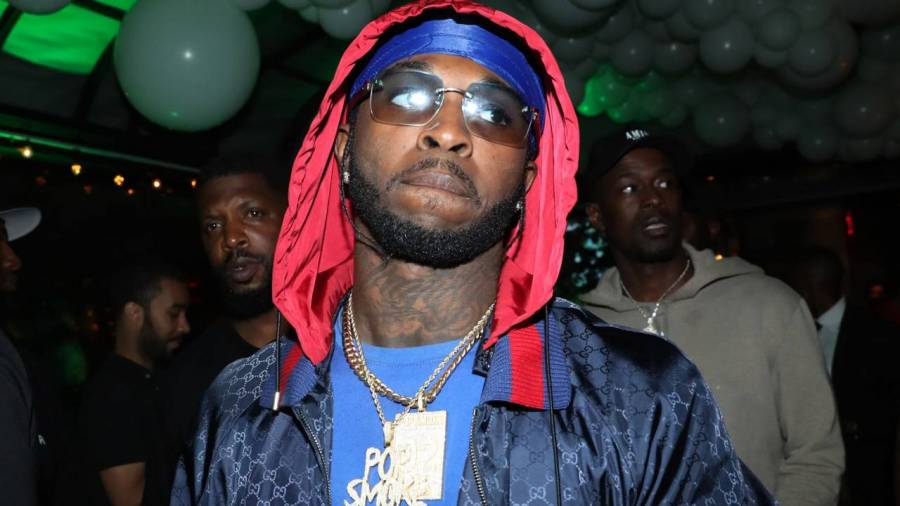 Pop Smoke continues to make history in the afterlife. According to Billboard, the late Brooklyn rapper’s posthumous Faith album debuted at No. 1 on the Billboard 200, with 88,000 total album-equivalent units earned in its first week.

The project reportedly totaled 113.34 million on-demand streams for the week ending July 22. With the latest feat, Pop Smoke became the first artist ever to posthumously have their first two albums go No. 1.

Faith boasted 20 tracks before adding another four as part one of the deluxe edition to celebrate what would have been Pop Smoke’s 22nd birthday last week. The star-studded project already features Kanye West, Pusha T, Pharrell, Kid Cudi, Future, Dua Lipa and more.

“Midnight we going up for you we turning the pain into champagne everyday,” Victor wrote when revealing plans for the deluxe on Pop’s birthday. “This is for our day ones we’ve decided to drop off 4 tonight that are cleared and going to turn up the rest on 7/30 thx everyone involved to help us get this out.”

The “Dior” rapper’s posthumous Shoot For The Stars Aim For The Moon was a major commercial success as the LP never left the Billboard 200’s Top 20 since its July 2020 release.

Pop Smoke was killed during an armed home invasion at a Hollywood Hills Airbnb on February 19, 2020. His fans gathered in his hometown of Brooklyn on Tuesday (July 20) to celebrate the life of the fallen drill rapper.

Pop Smoke is also rumored to have a verse on Kanye West’s delayed Donda album. Reports out of Thursday’s (July 22) listening party in Atlanta say Pop’s vocals were heard booming throughout the stadium’s speakers on one of the tracks.

Look for the rest of the deluxe edition on Friday (July 30). Stream Faith below.