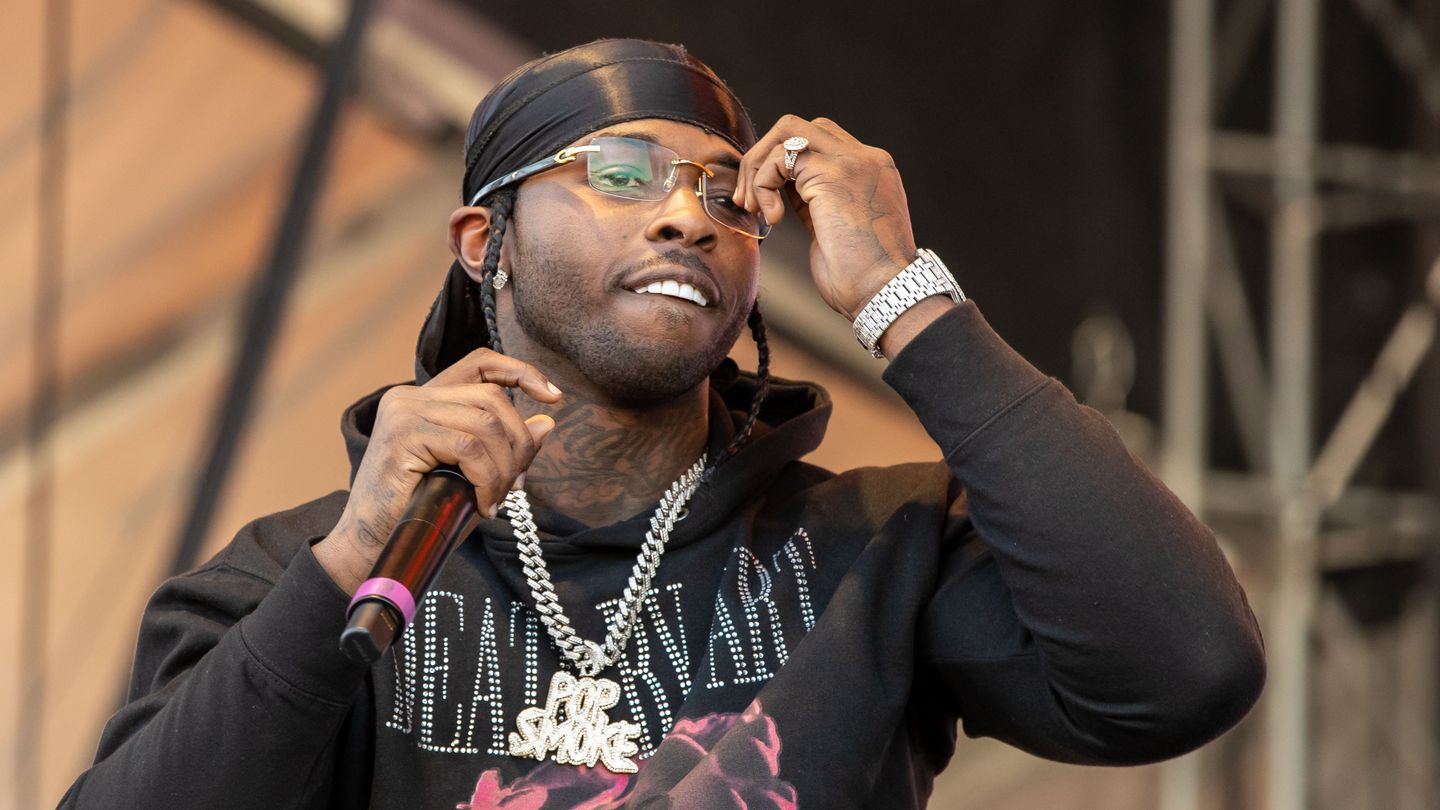 Brooklyn rapper Pop Smoke was shot and killed in Los Angeles in February, but by May, talk of a posthumously released debut album was all but confirmed. And on July 3, that album indeed arrived as Shoot for the Stars, Aim for the Moon, executive-produced by Smoke's idol 50 Cent and featuring guest appearances by 50 himself along with Lil Baby, Quavo, DaBaby, Roddy Ricch, Lil Tjay, and more.

The sheer force of the album, as well as Smoke's legacy, is strong — on Monday (July 13), it hit No. 1 on the Billboard Hot 100, making it the rapper's first time at the top of the charts. His earlier mixtapes, Meet the Woo and Meet the Woo 2, had reached 105 and 7, respectively.

His label head, Steven Victor, commemorated the album's release by sharing behind-the-scenes clips of the rapper in the studio, including a few with Quavo.

Shoot for the Stars moved 251,000 units in its first week, according to Billboard, which makes it the sixth-biggest week for an album in 2020 — behind similar juggernaut releases from The Weeknd, BTS, Lil Uzi Vert, Eminem, and Lady Gaga. It's also the first posthumous No. 1 since December 2018, when the late XXXTentacion's album Skins debuted.

50 Cent, meanwhile, weighed in on helping to bring the album to the finish line to Billboard. "As soon as I know that the record positioned itself for No. 1, I feel like I did enough," he said. Read that entire conversation here.