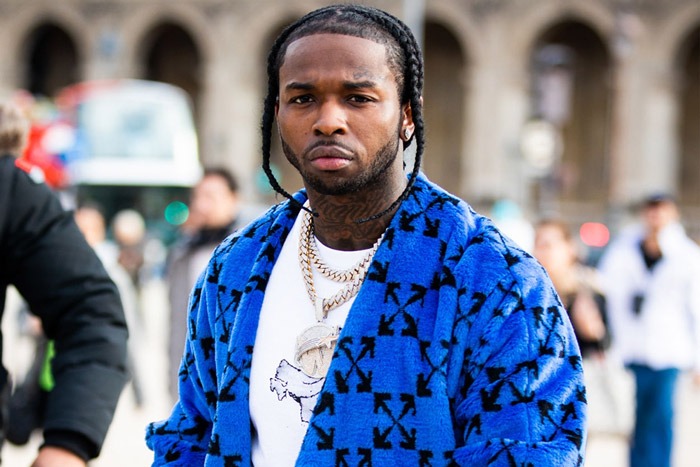 The 911 phone call from the night of Pop Smoke’s murder has been released.

TMZ has obtained audio of the chaotic call made by someone from the rapper’s Hollywood Hills home, just moments after Pop Smoke was shot in February. The operator on the other end tries to assist and ask questions, but the caller hesitates to provide more details.

“Hello?” says the 911 dispatcher during the two-minute clip. Commotion can be heard in the background before a male voice finally responds, “Come here!”

The operator informs him that a unit is already on the way. “I can’t talk to you any more. Just come here,” adds the caller.

#TMZ released the 911 call that came from the home #PopSmoke was murdered at.

You just hear a lot of shock and confusion in the background and his murder still remains unsolved. #RIPPopSmoke pic.twitter.com/g8LlmNNkLi

The dispatcher then tries to offer instructions to the caller and asks if he’s in a safe place. “I don’t know,” he responds before being reassured that help is on the way.

Pop Smoke was killed on Feb. 19 when four men broke into his rented Hollywood Hills home and shot the 20-year-old rapper. It’s unclear if he was the victim of a random robbery or if he was targeted. Police continue to investigate the murder. Fans and friends gathered to honor him during a funeral procession in Brooklyn last month.

His legacy lives on. Last week, the Virgil Abloh-directed video for his Quavo collaboration “Shake the Room” was released. 50 Cent has also announced plans to executive produce his posthumous album, which is tentatively due in May.