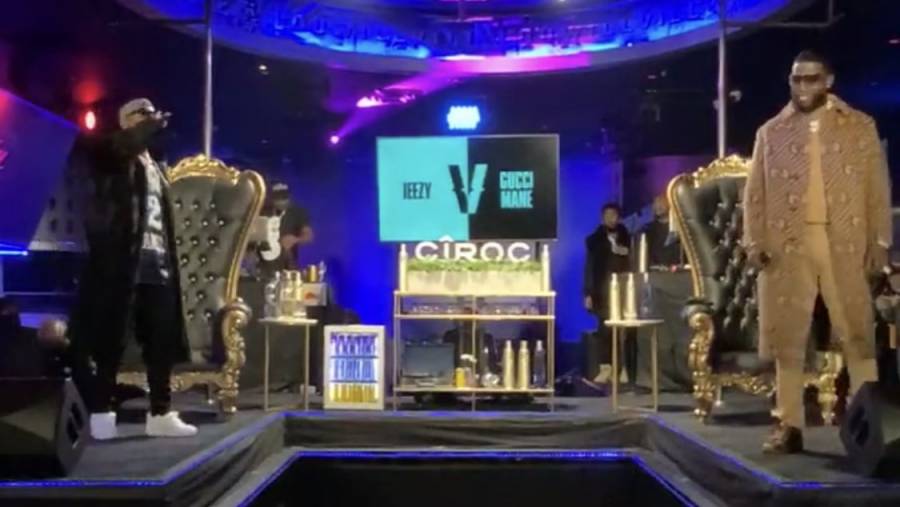 Atlanta, GA – Now that the smoke has cleared on Jeezy and Gucci Mane’s epic Verzuz battle, countless culture mavens have deemed the event a big win for Hip Hop.

Through a night of well-known music, two once bitter rivals have, if nothing else, come to an understanding.

However, in the case of Quint “Leftside” Ross, the monumental event hosted by Swizz Beatz and Timbaland was anything but entertaining — despite the reheated and squashed beef all in one sitting. Taking to his social media, the self-proclaimed son of Pookie Loc (the man Gucci Mane legally killed in 2005) expressed his displeasure with both Jeezy’s CTE and Gucci’s 1017 camps while revealing his overall safety has been compromised.

“I’m gettin death threats and all,” he wrote on Facebook with a shrug on Saturday (November 21). “Let’s do it get me a new strap.”

He also hand-selected one of the many trolls antagonizing him over the aforementioned Verzuz — and all its surrounding circumstances.

During the height of Thursday night’s tension, Gucci Mane brazenly performed his 2012 diss song “The Truth,” where he relives the May 10, 2005, day where he had to fend for his life.

“Go dig your partner up, nigga, bet he can’t say shit/And if you looking for the kid, I’ll be in Zone 6,” Gucci Mane coldly rapped to Jeezy’s face before going on to proclaim he was smoking on “Pookie Loc pack” and the afterparty.

“Boy that nigga disrespectful asf and jeezy boy I’m upset with you cuzz,” Ross wrote in reaction to the lyrical spectacle.

Relive the full Gucci Mane and Jeezy Verzuz video below.