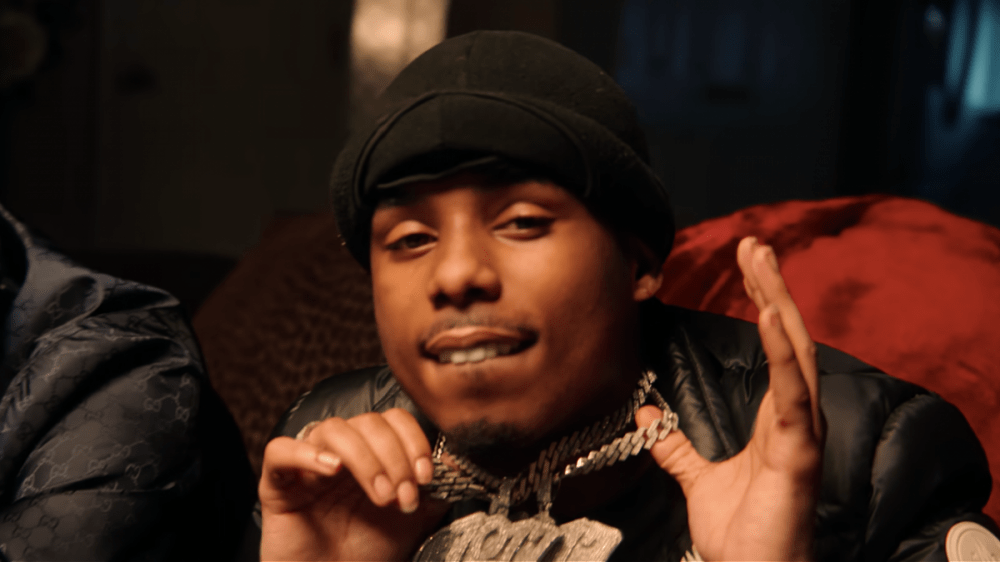 Pooh Shiesty appears to be going through something of a transformation in prison — physically, at least.

On Monday (August 29), the incarcerated rapper took to Twitter to share a new photo of him behind bars, showing off his almost unrecognizable new look.

The usually ski mask-clad MC can be seen rocking longer hair and a full beard in the picture, along with gold-framed glasses while striking a pensive pose for the camera.

Eagle-eyed fans also noticed the “H” in his “Choppa” forearm tattoo has been removed, further suggesting the Memphis native has been on a spiritual journey while in prison.

“Pooh shiesty goin come home positive as hell and ima be mad,” one fan joked on Twitter, while another quipped: “Poohamed sheisty.”

“The police don’t stop watchin just cause you in jail and you can go to jail inside of jail,” he wrote. “Just let that sink in y’all small ass unconscious head.”

He added: “They gone wait till I’m dead to start listening to what I be saying.”

In April, Pooh Shiesty was sentenced to five years and three months in federal prison for a gun conspiracy conviction stemming from an October 2020 shooting in Florida.

The “Back In Blood” rapper allegedly shot a 28-year-old man in the buttocks outside a hotel in Bay Harbor Islands during a weed and sneaker deal gone wrong. The incident was captured on video surveillance.

As Shiesty drove off in a rented McLaren, a Louis Vuitton bag stuffed with over $40,000 in cash fell out of the driver’s seat. Investigators linked the cash to the rapper by matching the serial number on one of the recovered bills to a $100 bill shown on his Instagram page days before the shooting.

Shiesty pleaded guilty to the firearm conspiracy charge in exchange for three other charges being dropped, the most serious of which carried a possible life sentence. Having been granted time served, it’s likely he could be released after three and a half years with good behavior.

“THE BIGGEST.. I JUST WANNA THANK ALL MY LOVED ONES, SUPPORTERS, AND FANS FOR HOLDING ME DOWN DURING THESE HARD TIMES,” he wrote on Twitter following his sentencing. “I WISH I COULD BE COMING HOME TO YALL TODAY BUT THIS COULDVE BEEN WAYYYY WORSE. I WILL BE BACK SOONER THAN YALL THINK! BUT MEANTIME NEW MUSIC DROP NEXT WEEK! BLRRRD!!!”

The 22-year-old hasn’t let prison slow down his musical momentum. Just days after his sentencing, the 1017 signee released Shiesty Season: Certified, a deluxe edition of his 2021 debut mixtape boasting collaborations with Lil Uzi Vert, Gunna, Moneybagg Yo and more.

Pooh Shiesty has also made appearances on Gucci Mane’s So Icy Gang: The ReUp and Megan Thee Stallion’s Traumazine, as well as DaBaby’s “BONNET.” In July, his Lil Durk-assisted breakout hit “Back In Blood” was certified platinum.