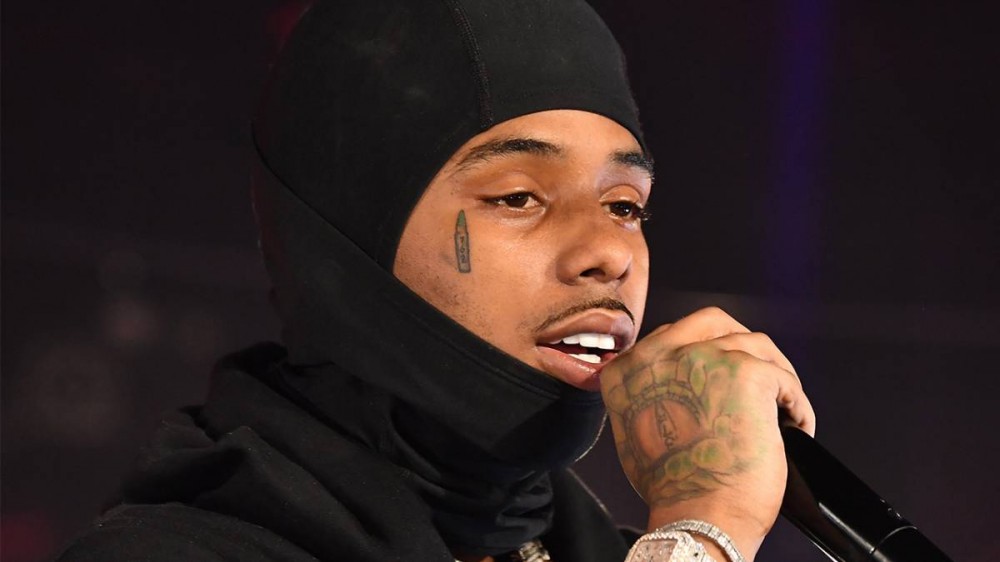 While Pooh Shiesty has been behind bars at Miami’s Turner Guilford Knight Correctional Center for nearly six months, he’s returning with a gift this holiday season for fans in the form of a jail freestyle.

Shiesty’s team dropped off his “Federal Contraband” track earlier this week, which sees the Memphis native reflecting on his case, boasting about rising to stardom during the pandemic and more throughout the muffled five-minute freestyle courtesy of production from TP808.

“I got locked, niggas stopped doin’ shit, they wouldn’t if I was ’round/Like they happy I went federal, see what that hate about/I’ma make sure your fingers get cut off since you count me out/My granddaddy passed away the other day, I just found out/Shit crazy, rest in peace, you’ll forever live through me,” he raps.

Pooh Shiesty fired off shots at his opps earlier in December while promising an imminent return to society. The “Back In Blood” rhymer is facing a pair of gun cases, one of which he reportedly took a plea deal in.

The first case stemmed from a Florida armed robbery in 2020 while the other still hanging in legal limbo finds Pooh Shiesty being accused of shooting a security guard in the leg at King of Diamonds strip club in Miami during Memorial Day Weekend.

The New 1017 Records artist also looks to be sporting a new facial hair look growing a beard in prison while also claiming his skin is “popping” since kicking the lean cup.

Listen to “Federal Contraband” below.