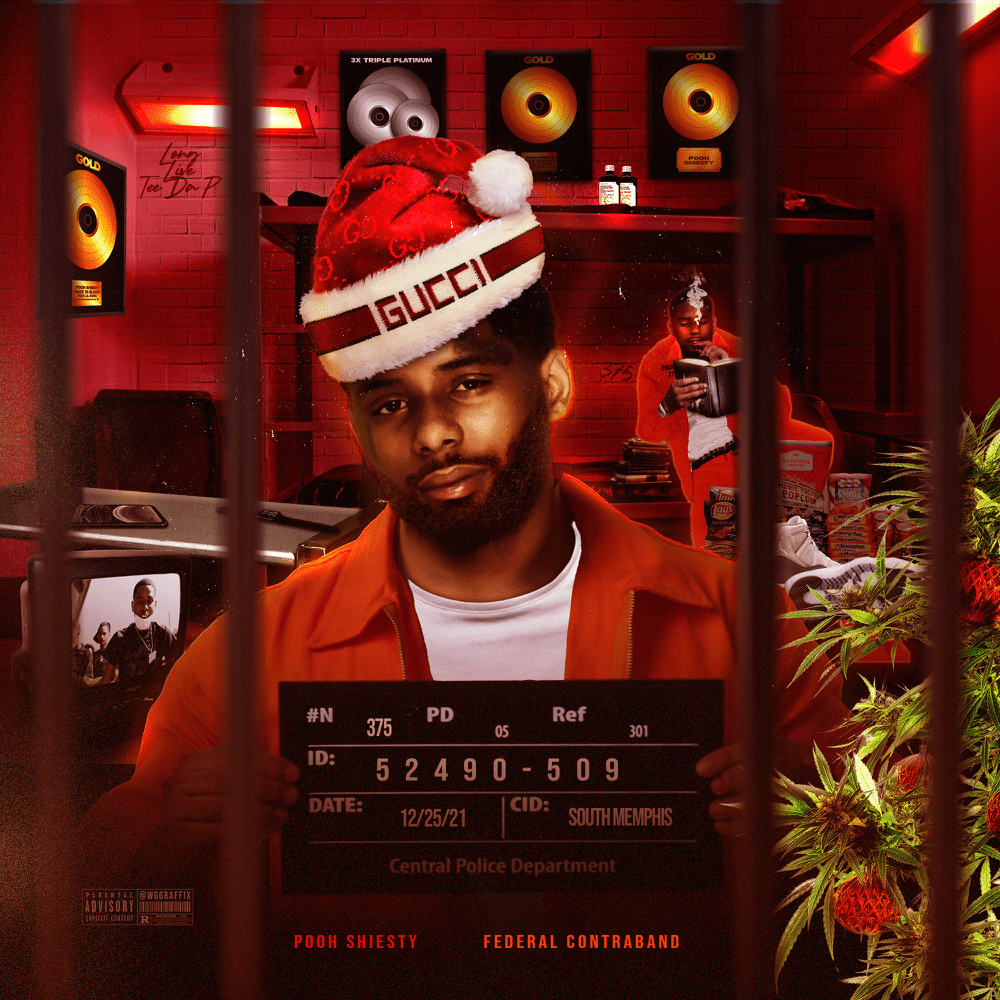 Pooh Shiesty is currently incarcerated at the Turner Guilford Knight Correction facility in Miami. While behind bars, Pooh Shiesty has released a new jail freestyle for his fans titled “Federal Contraband.”

The new release brings bars that highlight his case, becoming a superstar, and more.

On October 25th, Pooh Shiesty’s trial was set to begin for an armed robbery case, where the rapper is being accused of shooting a man in his bottom during a hotel confrontation last year. Instead, Shiesty entered a guilty plea.

Bradford Cohen, Shiesty’s defense attorney reportedly told the judge on the case that Shiesty and his co-defendant “both wish to change their plea from not guilty to guilty” during a hearing in October.

“We’ve entered into plea negotiations because there have been developments in the case that I think changed the dynamics of the case,” Cohen stated.

Shiesty has been in jail since July of this year. His previous plans to plead not guilty to the four-count indictment meant the rapper would be facing life in prison.