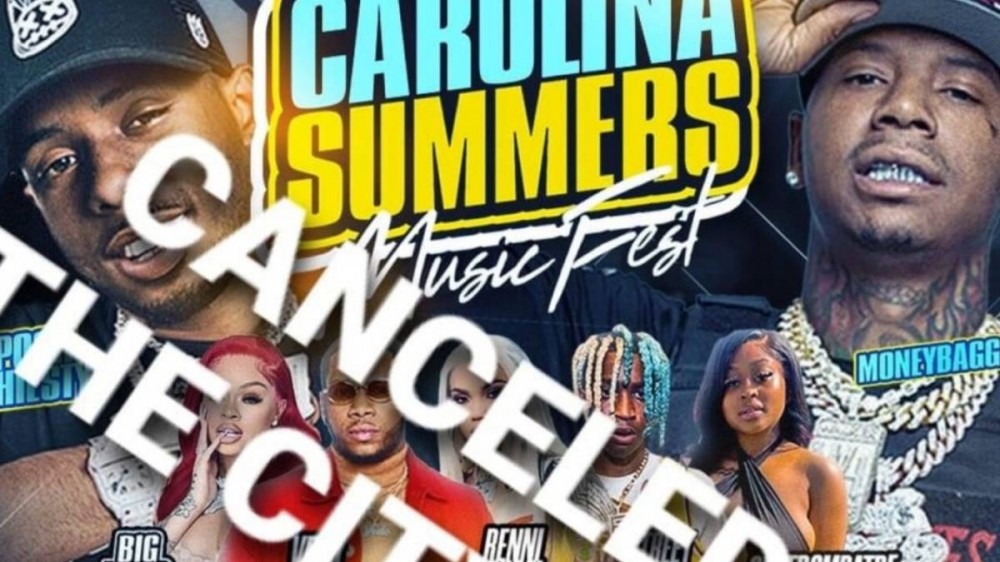 Starr Entertainment is now suing the City for breach of contract. Court documents explain the contract was signed on June 9 but on June 21, Starr Entertainment’s attorney received a letter from the City Attorney’s Office informing them the City was canceling the event.

Winston-Salem Police Department investigated the backgrounds of Pooh Shiesty, Moneybagg Yo and Latto and came to the conclusion there’s a high probability of violence and gang activity at the City’s property in connection to the concert.

The letter added the City of Winston-Salem wouldn’t host or allow a private entity to use City property to host an event if there is a risk of violence to attendees or members of the general public.

The attorney for Starr Entertainment, Jessie Fontenot, finds the City’s cancelation to be unwarranted, saying, “The City’s decision here to cancel the event based on some perceived threat of gang violence is completely unsupported by the facts and completely unsupported by frankly what it is that they were able to pull from their Google searches.”

Fontenot said the City cited an incident involving Moneybagg Yo that dates back fives years, but points out he’s been back to Winston-Salem in the years since without incident.

“I think it was notable that they city didn’t do a whole lot of investigation into the other times this artist was here without a problem,” he added. “But instead, wanted to go back to an event from a long time ago and say that apparently he’s not welcome back in the city.”

The City has agreed to refund all the organizer’s money and any tickets purchased. Starr Entertainment said they’ve lost nearly $200,000 in non-refundable deposits for artists and the venue and are seeking damages.

But considering Pooh Shiesty is currently incarcerated, the concert likely wouldn’t have gone as planned anyway.