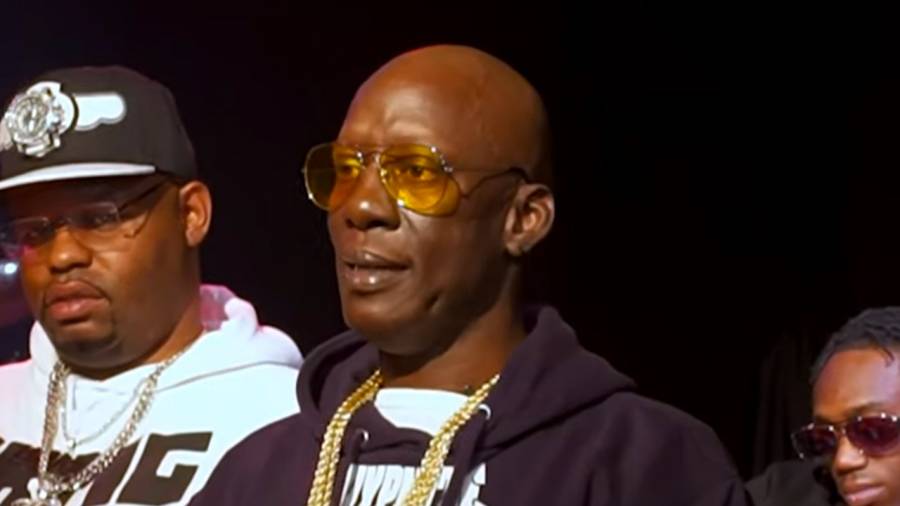 Pooh Shiesty is currently locked up in a Miami-Dade federal jail for the foreseeable future. And according to Three 6 Mafia affiliate Crunchy Black — that’s exactly how it should be.

During a recent interview with Dirty Glove Bastard‘s “Off The Porch” series, fellow Memphis native Crunchy Black boldly states jail is where Pooh Shiesty belongs considering his alleged involvement in the October 2020 shooting incident in the Bay Harbor Island area.

“Pooh Shiesty, look at this n-gga,” he begins. “He just got in the game. He already jumping out the car, robbin’ a n-gga and shit.”

The person off camera says, “Allegedly,” to which Black replied, “Yeah, whatever … We saw that n-gga. Alleged, my ass. But Pooh Shiesty, that’s my n-gga. Just sayin, he did it. It was him. I ain’t gonna act like that wasn’t him … That was Pooh Shiesty. They can’t lock him up because I say it would him. I could still be lyin.”

Pooh Shiesty was taken into custody last October for the double shooting in Bay Harbor Island. According to WSVN 7 News Miami, the 1017 Records artist was part of a failed drug and sneaker deal that resulted in two people getting shot, although their injuries were non-life threatening.

Pooh Shiesty was then arrested in June for allegedly shooting a security guard at the King of Diamonds Miami.

According to police, the 22-year-old rapper was performing at the gentlemen’s club when someone knocked money out of his back pocket. A crowd jumped in trying to grab the wad of cash, so he brandished his weapon. As he was being escorted out by the security guard, Pooh Shiesty allegedly fired a single shot, hitting the guard in the ankle.