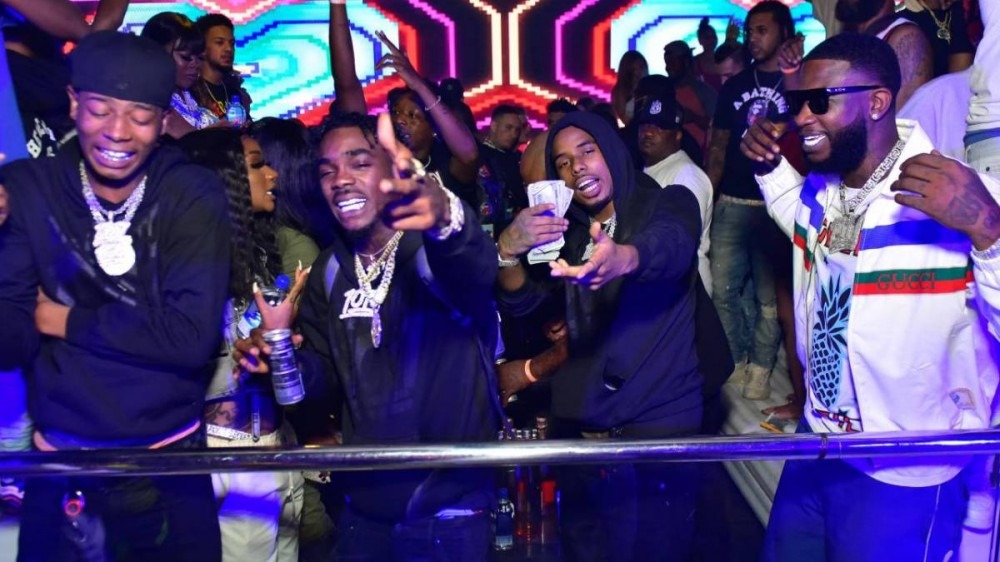 Gucci Mane turns 41 years old on Friday (February 12), but he’s doing better than ever. The love poured in for Guwop from across the Hip Hop industry including his burgeoning 1017 Records signees Foogiano, Pooh Shiesty and Big Scarr.

This is one of my best birthdays! I have a beautiful healthy baby boy,” Gucci wrote while stars such as 2 Chainz, Diddy, Fat Joe and Usher flooded his comment section. “An amazing wife! My label doing great ! Man I couldn’t ask for nothing else! Thanks to my wife @KeyshiaKaoir & my son ICE for my dope #BVLGARI diamond watch !! 2/12 the Wop bday!”

The trap pioneer became a dad for the second time in December 2020 when he and wife Keyshia Kaoir welcomed their first son together Ice Davis.

“@laflare1017 The One And Only Mr.Mastermind Can’t Name Nobody Seeing Dude,” Shiesty captioned his birthday wishes post. “HAPPY BIRTHDAY [GOAT] You know I appreciate you 10x But Today Bout You I’m Going Big for the gang til my last 10175L.”

After planting seeds throughout the Hip Hop industry with his 1017 Records artists, 2021 should be the year they blossom. The Memphis native released his Shiesty Season mixtape earlier in February and is projected to sell roughly 60,000 album-equivalent units in the first week.

Scarr and Foogiano also gave Guwop a shout-out for his 41st after he changed their lives by turning their rap dreams into reality when inking them to deals with 1017 Records.

“I can’t even put the words together to tell you how much I thank you OG,” the HipHopDX Rising Star said. “Happy Gday to the ! Wouldn’t be where I’m at without you OG , love you 4 Life & After!!”

Foogiano detailed his humble beginnings in a YouTube documentary where he credits Gucci for saving his life and changing the fortune of his entire family.