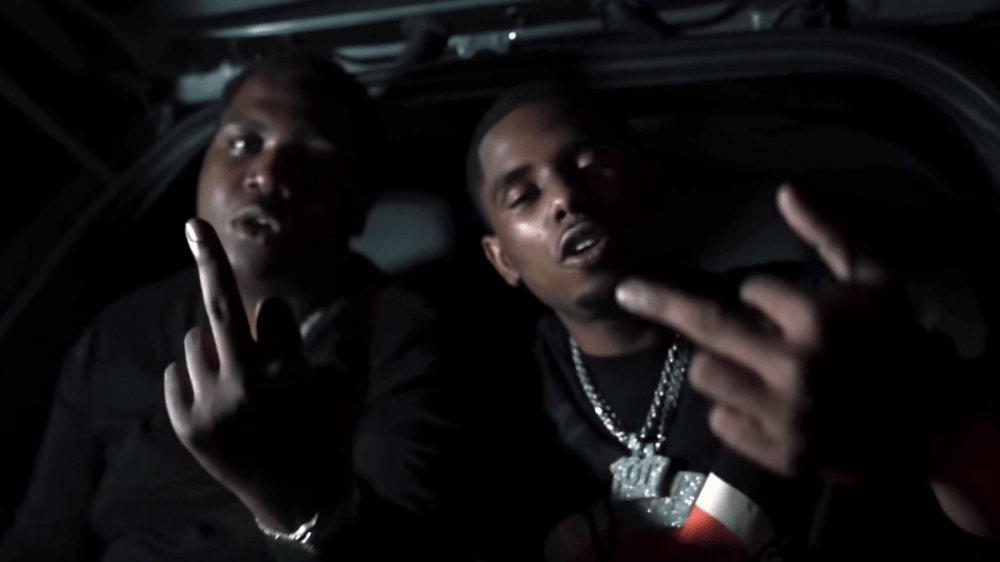 Pooh Shiesty received a major break in his federal firearms case last month when he pleaded guilty to a single firearms conspiracy charge, avoiding three additional charges while reducing his maximum sentence from life in prison to eight years behind bars.

However, Wack 100 is accusing the 22-year-old Memphis rapper of doing more than just pleading guilty in order to get a lighter sentence. During a recent Clubhouse conversation, the outspoken music manager called Shiesty a “snitch” and claimed he cooperated with authorities.

Wack even claimed he’s seen the proffer — a written contract between the defendant and a federal prosecutor — that proves the “Back In Blood” rookie told on his two co-defendants.

In response, Pooh Shiesty took to his Instagram Stories on Saturday (February 26) to deny Wack 100’s snitching allegations while schooling him on the specifics of his case.

“‘Omertà,’” he wrote, referencing the Italian code of silence. “It will never show in no paper that I set [sic] down with the government and gave a statement on no one on the case with me nor anyone else for something in return in that case I will not be here.”

He continued, “A factual proffer is not of a government proffer where the weak will sit down and tell they sole [sic]. No the difference before you use my name in vein [sic] Before I bit some cheese I sit down and keep Quiet.

“Anyone that enter a negotiation plea agreement it will be a factual proffer of the factual basis that the government will use in court to prove of the guilt they trying to show. I want all you lame ass dude keep the same energy I stand on business.”

Close friend and collaborator BIG30 also took to Instagram over the weekend to defend Pooh Shiesty’s name. The King of Killbranch rapper shot down Wack 100’s claims by pointing out the fact that Shiesty — who has been in custody since June 2021 without bond — remains behind bars.

“They always be letting that fat, bald-head, irrelevant-ass n-gga always voice his opinion on shit,” BIG30 said in an Instagram video. “My n-gga ain’t never snitched on no n-gga, never been breaked [sic] or folded.

“Why you think my n-gga ain’t got no break? Why you think he ain’t bounce back out like the rest of these rappers? Fuck you talkin’ bout, n-gga? You cooperate with rats, n-gga.”

“This is 100 percent fake news. @wack100 there is no paperwork that would say @poohshiesty said a word about anything on anything,” he wrote. “In fact none of the 3 charged gave proffers on anything about anything having to do with other people. This is just a straight mistruth.

“They all took pleas to the same crime of 1 count of a possession of a weapon during a drug crime, none of them gave a proffer about anything, it was a straight plea, with all of them having the other 3 life felony counts dismissed. But why bother with facts…just throw something out for clicks.”

Pooh Shiesty‘s sentencing hearing is scheduled to take place on April 7, when he will learn his fate in the federal firearms case. The New 1017 Records signee was indicted by the FBI last June in connection with a double shooting in Miami-Dade County, Florida in October 2020.

Shiesty, along with co-defendants Bobby Brown and Jayden Darosa, are accused of shooting two men outside of a hotel in Bay Harbor Islands during a drug and sneaker deal gone wrong. One victim was shot in the butt while the other was struck in the hip.