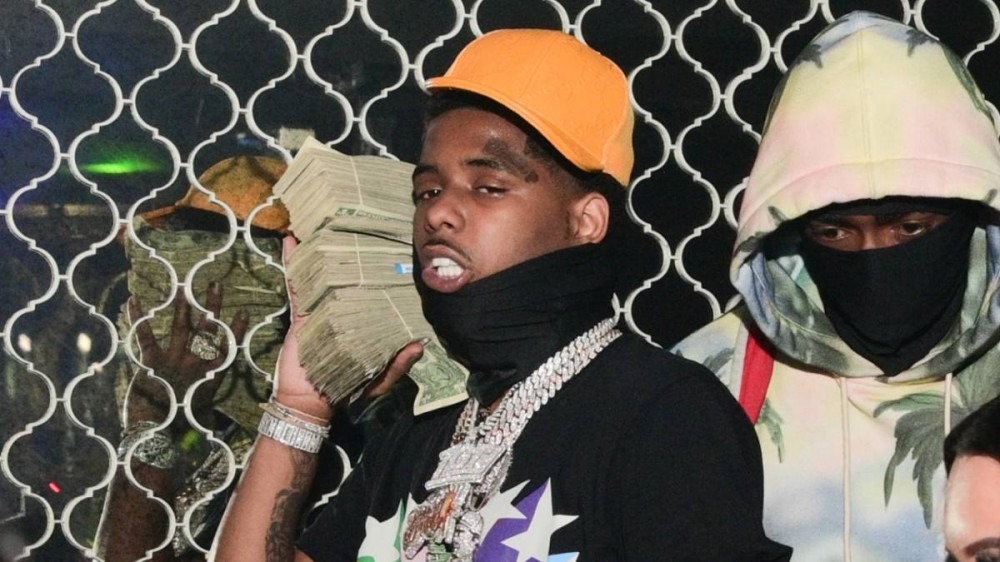 After being sentenced to five years in prison and his federal gun possession case now behind him, Pooh Shiesty has turned his focus back to his career from behind bars.

Shiesty is also teaming up with Smilesss co-founder Waheed Zai for an exclusive NFT collection dropping on April 27.

There will be 250 pieces featuring four different Shiesty Season album covers with a 1-of-1 of the project’s artwork auctioned off. Customers will also receive a t-shirt and Pooh Shiesty signature ski mask with their purchase. The auction winner of the 1-of-1 will be gifted a personalized platinum plaque as well.

“As I look back, what at the time felt like a good commission opportunity, now is a significant moment in my artistic career,” Waheed told Complex. “I took a leap of faith to build something I hadn’t built before, and Pooh Shiesty and his team took a gamble on having me deliver on that promise.”

“Months later, that risk allowed me to create my own world through Smilesssvrs. With Pooh’s album going platinum and me building my own name and world via my NFT project, it felt inevitable to come together to help highlight and celebrate our growth as artists over the past year, which birthed Smilesss x Shiesty Season.”

Pooh Shiesty was sentenced after he struck a plea deal in January on conspiracy to possess firearms charges. With a year credited for time served, if he maintains good behavior, the 22-year-old could be released in about 3.5 years.

The federal charges stemmed from an October 2020 shooting in Bay Harbor Islands, Florida where Shiesty allegedly shot an individual in the butt after he and two others robbed a victim following a meet-up for marijuana and sneakers.