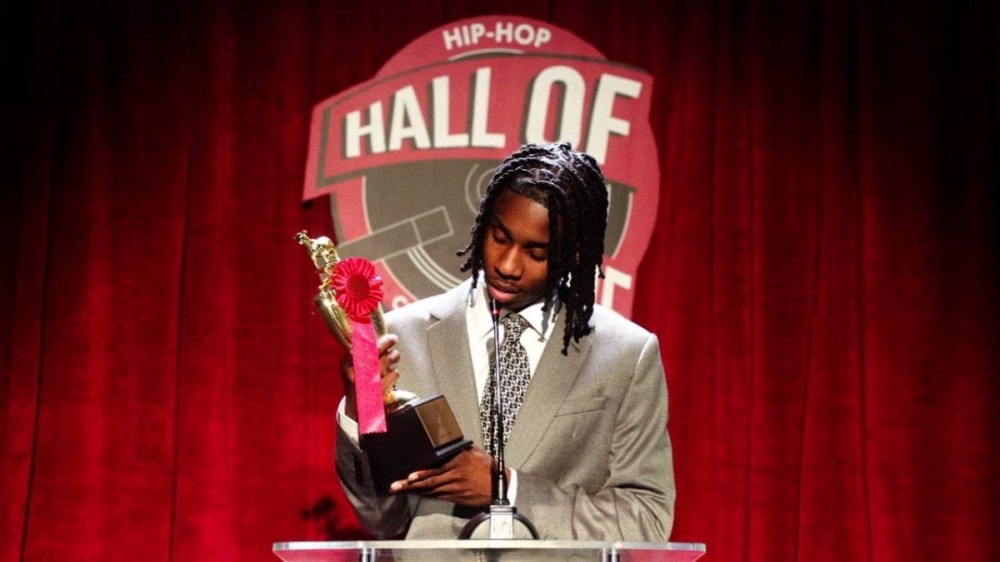 Polo G is readying his third studio album Hall of Fame, which drops next Friday (June 11). Prior to the anticipated project’s arrival, the Chicago rapper shared the stacked tracklist with fans on Thursday (June 3) and the roster definitely doesn’t disappoint from a star power perspective.

Polo G usually isn’t one for loading up on features, but he wanted to enlist a roster of well-respected rappers to push his pen against. Hall of Fame boasts 10 tracks with guests and then another 10 solo joints.

Hall of Fame🏆🖤🙇🏾
Lmk Which Track u most Excited To hear????https://t.co/KiFfnZZK2L pic.twitter.com/JvH9VWjMUU

The 22-year-old selected a diverse lineup going back to Young Money royalty with Lil Wayne and Nicki Minaj and also chose some of the hottest in the game today, including DaBaby, Young Thug, Roddy Ricch, Lil Durk, Rod Wave, The Kid LAROI and the late Pop Smoke.

“I usually Don’t Even Tap in For Features But This Time around I’m like fuck it I went & Gat sum hard ass records W All of my personal Favorite Artist & Future Hall Of Famers in my book,” he wrote. “All Hittas Ik I’m missin A Few But June 11th We Gone Turn Up & Take Ova Fasho 10 Featured Songs 10 All me Lmk which one you excited to hear??#BeNothinLessThanTheGoaT.”

Polo G is still searching for his first No. 1 album and on an average week, he’d probably achieve it here with Hall of Fame, but June 11 happens to be a busy day in Hip Hop. He’ll have to defeat the Migos with their comeback Culture III album also dropping on June 11 to earn his first Billboard 200 chart-topper, which Quavo predicted will be the “greatest album” of 2021.