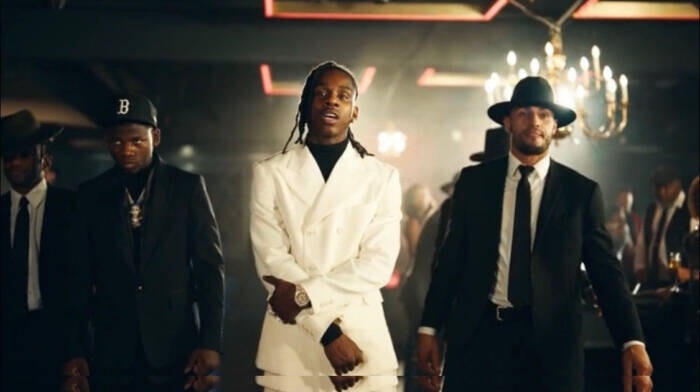 To the family, friends, and fans of Michael Jackson and his estate.

We are truly grateful for all your support in the release of this song and music and video. MJ is loved all around the world. We used this opportunity to represent this song for the future. We thank you sincerely and we hope we have contributed our small part to the everlasting memory and legend of the greatest entertainer of all time.
THANK YOU.

“Bad Man (Smooth Criminal”) will be featured on the forthcoming deluxe version of his chart-topping third studio album Hall Of Fame 2.0, out December 3rd. Hall Of Fame 2.0 will feature 14 new songs and is the follow-up to the Chicago star’s Hall Of Fame album which debuted at #1 on the Billboard top 200 in June and has already amassed over 2 Billion streams globally. The album featured the record-breaking 4X Platinum #1 single “RAPSTAR,” which garnered Polo his first award nomination at the 2021 MTV Video Music Awards for Best New Artist and Best Hip Hop Video. He is also nominated for Best Male Hip Hop Artist and Best Hip Hop Song at the 2021 American Music Awards on November 22nd.

Currently, Polo G is on his Hall of Fame headlining tour across the US with support from the hottest rising talent including Hotboii, Asian Doll, Lil Poppa, Scorey, Trench Baby, and YungLiv. Polo has been a highlight at several festivals this year, including Rolling Loud Miami & New York, Lollapalooza, Austin City Limits, Hot 97 Summer Jam and is set to perform at Day N Vegas and Rolling Loud California while on tour. See below for the Hall of Fame tour dates, ticket information is available here.