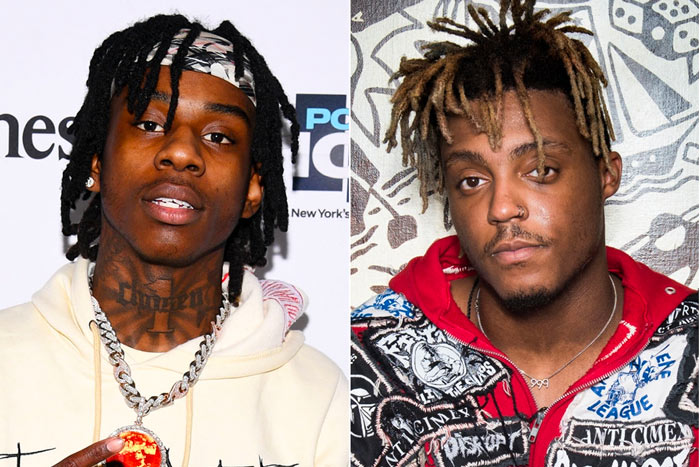 Polo G is honoring the late Juice WRLD with a new tattoo. The tribute ink appears at the top of his left arm and features Juice’s globe icon with a straw through it and the numbers 999. Along with the Juice tat, the “Pop Out” rapper also paid homage to his late grandmother with a portrait of her face.

In a 2018 interview with MTV, Juice opened up about the significance of the numbers 999. “999 represents taking whatever hell, whatever bad situation or whatever struggle you’re going through and turning it into something positive and using it to push yourself forward,” he said.

Polo collaborated with Juice on the Hit-Boy-produced “Flex” off his debut album THE GOAT. Polo can also be heard on the Marshmello-assisted “Hate the Other Side” off Juice’s posthumous album Legends Never Die, which dropped last week.

But their friendship went beyond the studio. “We was homies before that. We used to kick it with each other every day — not music related, didn’t make no songs, none of that,” Polo told Billboard. “He was rocking with me. I was on his music before he blew up, but we didn’t know each other before music. Juice actually reached out to me and showed love to me. And he didn’t have to do that, because at the time, he was the biggest artist in the world.”