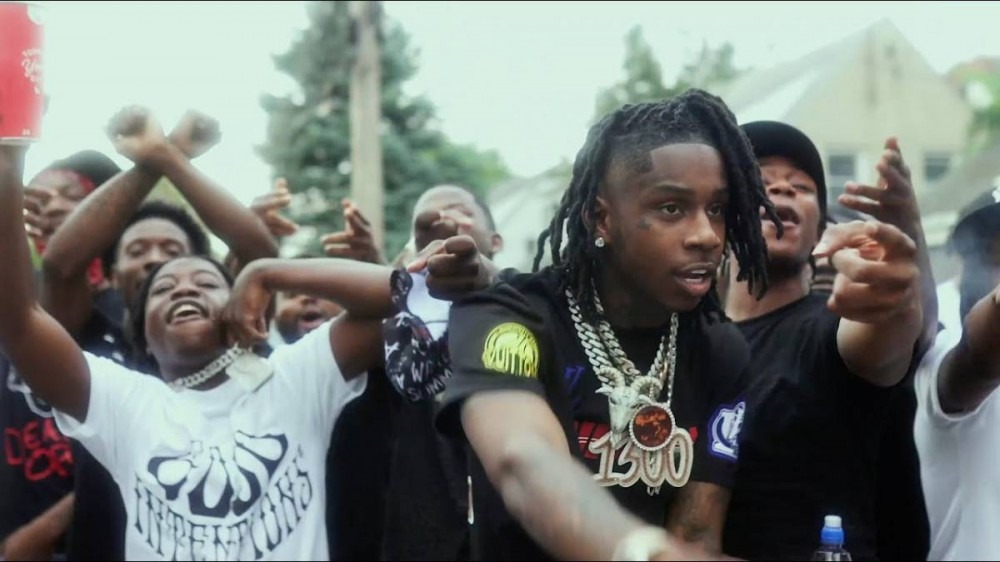 In Polo G’s latest music video for his Lil Baby-assisted song “Don’t Play,” the Chicago rapper embodies his lyrics as he raps the track’s hook while leaning out the passenger side of a hellcat.

“In a Hellcat, watch me race and drift/That lil’ boy a problem, don’t play with him/Like to ride in traffic with the Drac’ gripped/We’ll wipe his nose like a handkerchief,” Polo G raps in the Keemotion-directed visual that dropped on Friday (February 25).

Lil Baby does the same in the track’s second verse, spitting bars about how “unstoppable” he remains in the rap game while dangling out the vehicle’s shotgun side. Baby also reaffirmed this point on Twitter on Friday, simply writing, “Unfuccwitable!!” in what fans speculated was a response to NBA YoungBoy’s latest diss track “I Hate YoungBoy,” where he called out the rapper by name.

“Every n-gga did a feature with you, slime out to get ’em/Set ’em up then point a n-gga, field goal, Romo/Know I keep that nine with me, you can act like that you don’t know/Baby with ’em 4PF, four poles firin’,” YoungBoy raps.

Polo G could also soon be in YoungBoy’s crosshairs, as YoungBoy said he’s gunning for anyone associated with Lil Durk. Polo G took to Twitter earlier this month to hype up Durkio’s forthcoming project 7220, calling the project “real crack.”

Polo G’s “Don’t Play” was pulled off his 2021 project Hall of Fame 2.0, which featured appearances from Moneybagg Yo, NLE Choppa, and Lil Tjay.