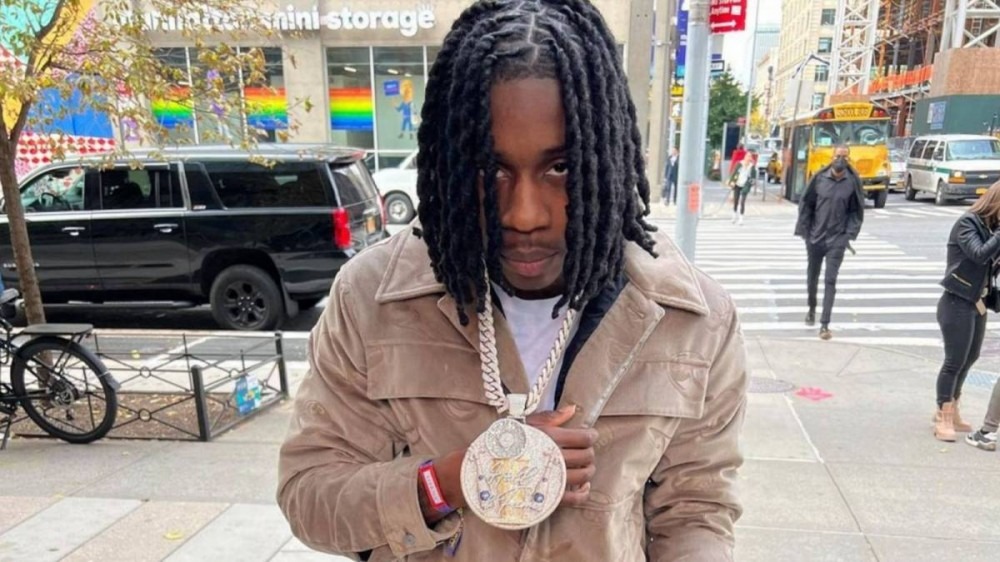 In an Instagram video the “RAPSTAR” lyricist posted on Wednesday (December 8th), Polo G tossed around bricks of cash exceeding $2.2 million dollars, in the middle of a mansion — for inspirational purposes only, of course.

“Lol I popped out w 2.2 million dollars,” he started off in the caption. “Young Nigga only 22 I come from nun fr dis just inspiration. YK Imma pop my shit every chance I get. I’m still humble tho lol youngest richest nigga from my city & that’s A FACT….but yea lmk in the comments if u want the video???????? I’ll drop tonight.”

Toward the end of the clip, Polo G took his flex a step further by offering his followers a pro-tip on how to identify fake prop money.

“So, what I was thought was, you always scratch that jacket right there,” he said while rubbing the bill. “You see on that fake money that jacket don’t make noise. I learned that from selling dope.”

Several of Polo G’s peers jumped in the comment section to encourage him to pop off. Among them, was 25 rapper G Herbo who told his fellow Chicagoan, “You cold,” and Sacramento rapper Mozzy who offered Polo G hood trophies while commenting, “U set tripping.”

Polo G’s latest cash grab serves as yet another highlight moment in the 22-year-old’s money-hungry 2021 campaign.

Last October he saw his performance booking fee soar to $150,000 dollars and enjoyed the fruits of his labor after an $85,000 dollar watch he purchased in January doubled in value in just two months.

Not to mention back in June, Polo G cashed out on a nearly $5 million dollar luxury mansion located in the San Fernando Valley after copping his mother her “Dream home,” in Atlanta.

Tap in to the stream for Polo G’s Hall Of Fame 2.0 below.