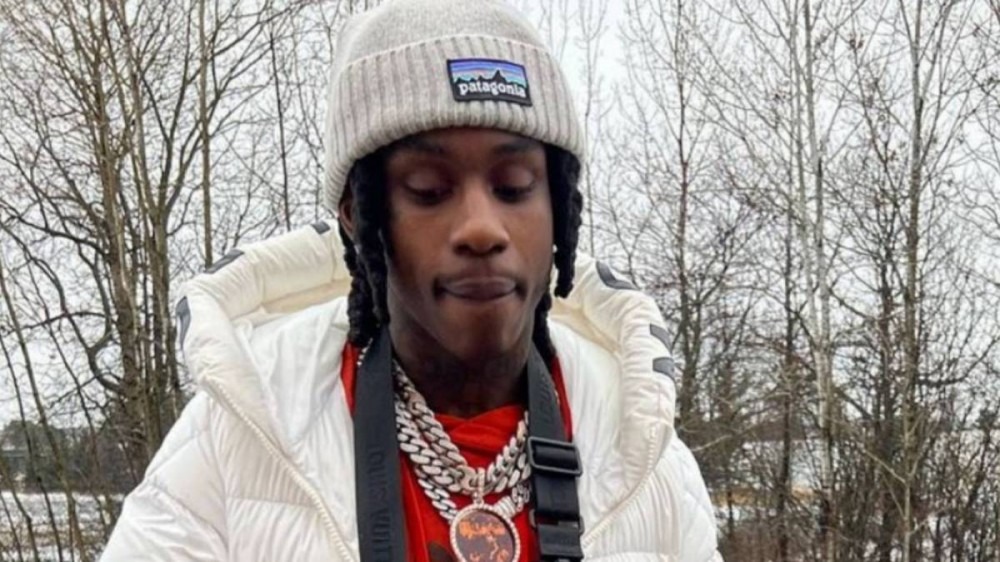 Seemingly in the spirit of giving over Christmas, Polo G shared a few of his holiday spending splurges with his social media followers on Sunday (December 26), highlighted by the outrageous price he paid for courtside seats at the Laker and Nets game.

“Paid 75k Fa Dem Lakers vs Nets floor Tickets on gang shit was worth it fasurrrreee,” he wrote in a tweet he screenshotted and shared in an Instagram carousel post.

Polo G also spread the wealth to his family, gifting his son Tremani with a French Bulldog and sister Lailani with a custom diamond chain for Christmas.

Earlier this month, Polo G popped up with a multi-million dollar gift to mark his 22nd birthday, which earned him praise from his fellow Chicago MC G Herbo.

“Lol I popped out w 2.2 million dollars,” he started off in the caption. “Young Nigga only 22 I come from nun fr dis just inspiration. YK Imma pop my shit every chance I get. I’m still humble tho lol youngest richest nigga from my city & that’s A FACT….but yea lmk in the comments if u want the video???????? I’ll drop tonight.”

Revisit the stream for Polo G’s Hall Of Fame 2.0 below.