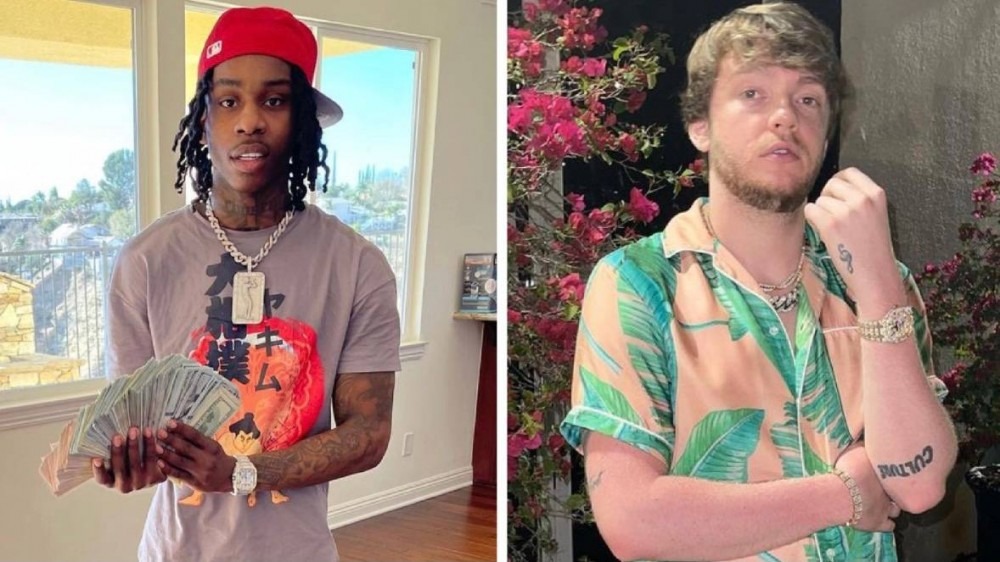 Polo G’s No. 1 single “RAPSTAR” took the top spot for the second straight week in a row, but the Chicago rapper doesn’t seem to be too happy at the moment. On Tuesday (April 27), Polo G took to his Instagram Story to address Grammy-nominated producer Murda Beatz who took credit for creating “RAPSTAR.”

“OK…RAPSTAR that’s currently on YouTube was Only Produced By Einer & Synco,” Polo G wrote in the Instagram Story. “Not only that, But Yk Damn Well ain’t no n-gga Help me write shit So Fa Murda & his camp to keep postin That shit is lame asl.”

Murda Beatz has yet to respond, but all of this started when the superstar producer put up an Instagram and Twitter post celebrating “RAPSTAR” taking the No.1 spot for the second straight week. Although Murda Beatz is not credited as a producer for the song, he is listed as a songwriter and composer on TIDAL.

“Another #1,” Beatz wrote in the caption On Instagram. “Been A Crazy Week. Proud Of This One Congrats To Everyone Involved #RAPSTAR.”

A post shared by MURDA ON THE BEAT (@murdabeatz)

Despite having to deal with people allegedly taking credit for his work, Polo G still has a reason to celebrate. The song is certified gold by the Recording Industry Association of America and should go platinum if Polo G keeps this pace going. Billboard announced on April 19 that “RAPSTAR” took the No. 1 spot after the song brought in over 53.6 million U.S. streams and sold 5,300 downloads in its first week, according to MRC Data.

It also drew 844,000 radio airplay audience impressions in its opening week. Within its first 24 hours, the music video for “RAPSTAR” was the No. 1 trending topic on YouTube.