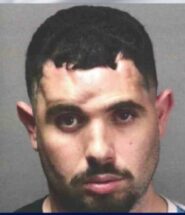 Sunnyvale, CA – The person believed to be responsible for the murder of Bay Area rapper Mike Darole has reportedly been arrested.

According to KTVU News, 32-year-old Natig Manashirov was taken into custody on Saturday (May 15), the same days as the Sunnyvale, California shooting. The County of Santa Clara Department of Corrections website says he’s ineligible for bail.

Darole was reportedly killed during a botched robbery while walking his dog outside his Sunnyvale home. Although he was quickly transported to a local hospital, doctors were unable to save him. Darole is survived by his girlfriend of 12 years, three children, parents, sister and younger brother as well as three nieces and nephew as stated on a GoFundMe page.

Originally known as M.I.C., Darole saw regional success in the mid-2000s as part of groups such as The League and N3w Era. After branching out on his own in 2009, he had a hit with his debut single “B.A.B.Y.” and then formed a duo with his brother called The Pisces Brothers who released their single “Chit Chat” last year in which he raps about getting shot twice.

Police did not provide a motive for the shooting and the murder remains under investigation. Anyone with information is being asked to contact Detective Matthew Hutchison or Detective Corinne Abernathy with the Sunnyvale’s Department of Public Safety at (408) 730-7100.

As of publication, Darole’s GoFundMe campaign has raised over $20,000 and the goal has been increased to $40,000. To donate, head here.