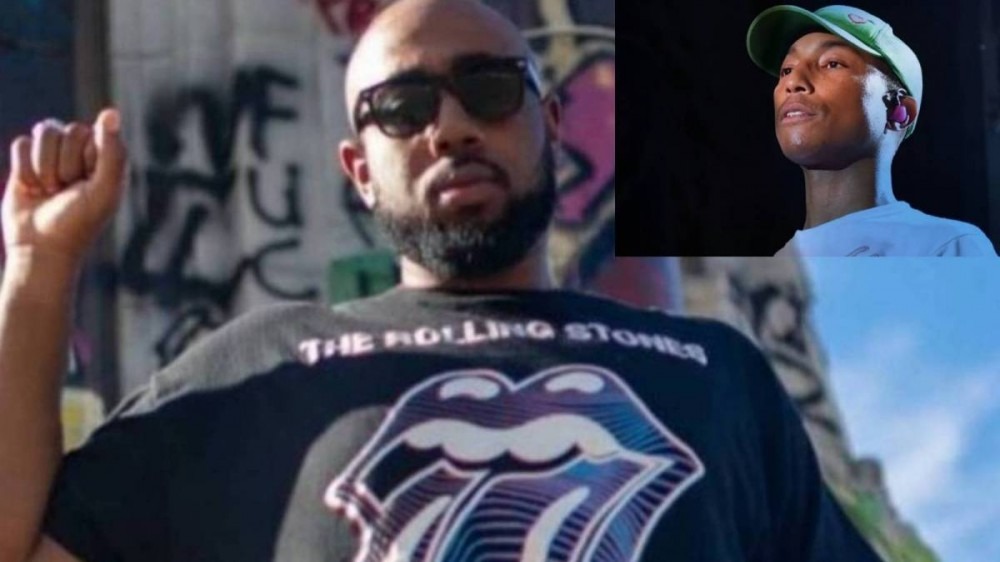 Virginia Beach, VA – Pharrell Williams suffered a tough loss in March when his cousin, 25-year-old Donovon Lynch, was shot and killed by a police officer in Virginia Beach, Virginia. Now, the New York Post reports his death has been ruled a homicide, according to an official autopsy report.

Consequently, a state grand jury investigation into Lynch’s death has begun and the grand jury is scheduled to meet in September to discuss the case. Despite the coroner’s findings, no charges have been filed against the officer responsible for the killing.

Lynch was one of two people shot and killed during three separate shooting incidencies in Virginia Beach, Virginia on March 26. Lynch was killed by a Virginia Beach police officer who claimed he was wielding a handgun. The Virginia Office of the Chief Medical Examiner said Lynch died after he was shot in the torso and thigh.

The Grammy Award-winning artist and one-half of The Neptunes took his sorrow to Instagram in a since-deleted post that read, “The loss of these lives is a tragedy beyond measure. “My cousin Donovon was killed during the shootings. He was a bright light and someone who always showed up for others.

“It is critical my family and the other victims’ families get the transparency, honesty and justice they deserve. Virginia Beach is the epitome of hope and tenacity and, as a community, we will get through this and come out even stronger.”

The officer involved in Lynch’s death, Solomon Simmons II, had been with the department for five years when the incident occurred. He was placed on administrative assignment during the criminal investigation.

Lynch’s father filed a $50 million wrongful-death lawsuit in June, claiming Simmons shot his son “unlawfully and without warning” in response to a shooting that didn’t involve Lynch. He also berated Simmons for not having his body came on, saying, “no reasonable, appropriately trained officer would have” left his device off.

Simmons claimed Lynch had a gun and a second independent witness corroborated the story. But Lynch’s friend, Darrion Marsh, was also there the night of the incident and told the Washington Post he “did not see Lynch pull out a gun before he was shot and that Simmons opened fire without warning as Marsh and Lynch retreated to their car following two earlier shootings that left one dead and eight injured.”