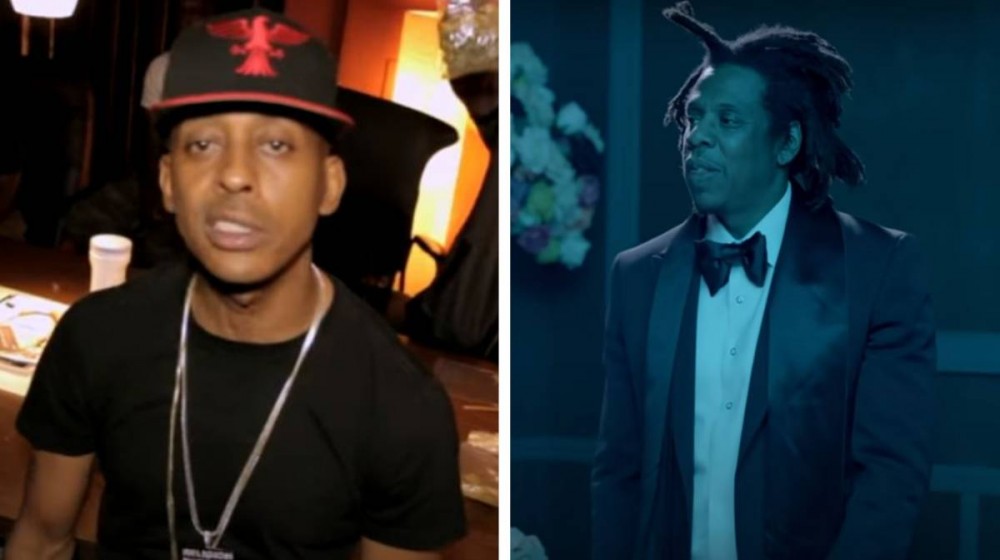 Gillie Da Kid is widely known for his acerbic, polarizing commentary about the Black Lives Matter movement and rap stars in his Millon Dollaz Worth of Game podcast.

There are several examples of the former Philly’s Most Wanted member’s denigration such as his one-time Cash Money Records employer Birdman, Joe Budden, Kodak Black and his latest quip about JAY-Z’s verse on DJ Khaled’s collaborative single “Sorry Not Sorry” featuring him and Nas.

During a two-minute video posted on Gillie’s podcast co-host Wall0267’s Instagram account on Saturday (May 8), Gillie drives a car while reciting Lil Durk’s lyrics, which is visibly much to Wallo267’s dismay. The post’s caption reads, “I hate when Gillie Da Kid driving and being the DJ.”

After Wallo267 turns the car stereo’s volume down, he complains to Gillie “there’s more rappers then Durk” is tired of him playing “900 Durk songs.” Gillie replies that he only listens to the new generation of rap stars including Lil Durk and French Montana’s Mac & Cheese projects, Morray, DaBaby and Young Thug.

When Wallo267 told Gillie he doesn’t have a good ear for quality rap music, Gillie proudly yells back at him that he doesn’t listen to the legacy artists and begins to clown JAY-Z’s verse from “Sorry Not Sorry.”

“I don’t listen to them old niggas. I don’t listen to those dinosaurs no more. I let them niggas’ bones stay buried,” Gillie Da Kid said. “Oh, you want me to throw Jay on talkin’ about a ‘B and then another B and then a double B. Can’t forget about the other B.’ That shit was corny as shit.”

In opposition to Gillie feeling “sorry not sorry” offering his thoughts about billionaire business magnate’s 16, DJ Khaled posted a recent video of Nas telling JAY-Z over the phone those “B’s” potent enough to make the Queensbridge legend want to revise his own verse on the track.

“Sorry Not Sorry” is the lead single on DJ Khaled’s Khaled Khaled album, which was released on April 30.