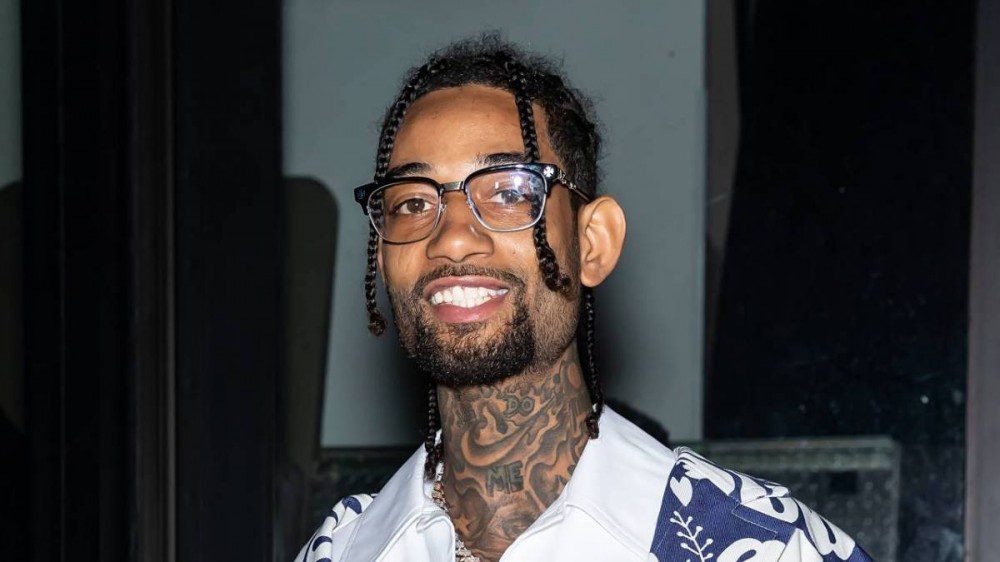 PnB Rock‘s girlfriend has spoken out for the first time since the couple was robbed at gunpoint in Los Angeles, leading to the rapper’s death.

Steph Sibounheuang returned to Instagram after over a month, sharing a video montage of moments she shared with her late partner, born Rakim Allen, the couple’s two-year-old daughter Xuri and PnB’s eldest daughter, Milan. In the post’s caption, she credited PnB Rock with saving her life and gave her followers some insight into how she is processing her grief.

“I am 100% not ok,” she wrote. “If I wasn’t spiritual I could kill my self (but then I’ll go to hell and my man not there) My man saved my life, Throwing me under that table. I’m not supposed to be here but bc of him. I am. No one would be able to handle this. TBH, I can’t even handle this.”

She went on to detail the moments immediately following the September 12 shooting at Roscoe’s Chicken & Waffles, explaining that she was briefly detained by the police following the incident. As a result, she unable to accompany PnB Rock to the Los Angeles area hospital where he succumbed to multiple gunshot wounds.

“To witness what I saw and to keep seeing it in my head,” she recounted, “to being forced out the restaurant, to not be able to go in the ambulance or the hospital, Car keys, purse and my phone taken from me, forced in the back of a police car, locked in an interrogation room all night, while all this is going on and to be the last person in this world to know my man didn’t make it after having the faith and confidence that he was.”

According to the beauty influencer, PnB Rock’s death was preceded by a turning point in their relationship, which had left her hopeful for their future as a couple.

“My man had gave his self to GOD,” she added. “Did a complete 360. He was loyal. He was patient. He was teachable and a teacher. I was finally letting the past go, and letting him show up as his changed self.”

PnB Rock was 30 years old at the time of his death. He was memorialized days later with a traditional Muslim ceremony in his hometown of Philadelphia, Pennsylvania.

Just a little over two weeks after his death, LAPD arrested an unnamed 17-year-old man who authorities allege shot the rapper several times after robbing him and his girlfriend at the South Los Angeles restaurant. Hours later, the teen’s 38-year-old stepmother Shauntel Trone was taken into custody and booked on accessory to murder charges.

The following day, an FBI-led fugitive taskforce captured the alleged gunman’s father, 40-year-old Freddie Lee Trone, in Las Vegas, charging him with similar crimes as his son. In the complaint filed against the father-son duo by Los Angeles County prosecutors, authorities claim a fourth unidentified suspect was involved in the murder.

According to Fox 11 Los Angeles, prosecutors say the man was outside of Roscoe’s Chicken & Waffles when the couple arrived, effectively disproving the theory that PnB Rock’s killers had been tipped off by a social media post by his girlfriend. After having a brief conversation with his alleged accomplice, Trone left the restaurant, returning moments later with his son.

The 17-year-old is believed to have entered the restaurant and shot PnB once in the chest, then two more times in the back after he had fallen to the ground. He then removed the “Fleek” rapper’s jewelry as he lay bleeding on the restaurant floor and ordered Sibounheuang to hand over her valuables before fleeing in the car with his father.