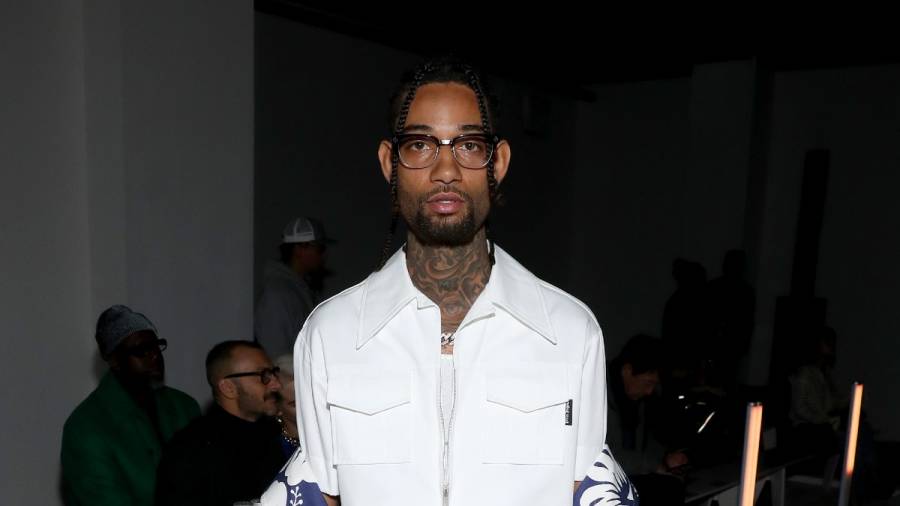 PnB Rock broke out onto the Hip Hop scene in the mid-2010s with two hit singles, “Fleek” and “Selfish.” He would go on to have three projects chart the Billboard 200 and collaborate with several artists like Nicki Minaj and Young Thug. PnB Rock collected quite a few plaques in his career, and the Philly native took time to celebrate the accomplishments.

On Wednesday (August 4), PnB Rock took to Instagram to post the number of gold and platinum plaques in his storage. In the photo, fans can see PnB posing with his plaques with a somewhat humbling caption.

“Sometimes I be forgetting I’m that NIGGA,” PnB Rock wrote. “THESE bring me back to reality LOL ALOT MISSIN BUT YALL GET IT.”

PnB is looking to add more plaques to his collection with new music on the way. He’s been teasing a new summer-ready song on his Instagram and asking fans their opinion on which songs should make the album. PnB Rock may be ready to bring positivity back to Hip hop, according to comments he made last year. PnB revealed he was sick of Hip Hop in 2020 because it was “sad asf.”

“All these lil n-ggas albums and tapes be sad asf lol like all these lil mfs depressed smh,” he wrote. “I can’t listen to this shit makes me wanna go kill myself listenin to Dese sad ass Lil boys. And these the n-ggas y’all look up to smh.

“Lol like even when I was down to my last… down N out…I was happier den dat lol I went out and got it never was sittin round feelin sad and depressed… That’s for suckas new generation shit I guess.”

PnB Rock is also having some issues with his label Atlantic Records. He claims he’s not making any money off his music and wishes someone would’ve talked him out of signing his deal. The rapper has been taking to Instagram to throw shots at his label.