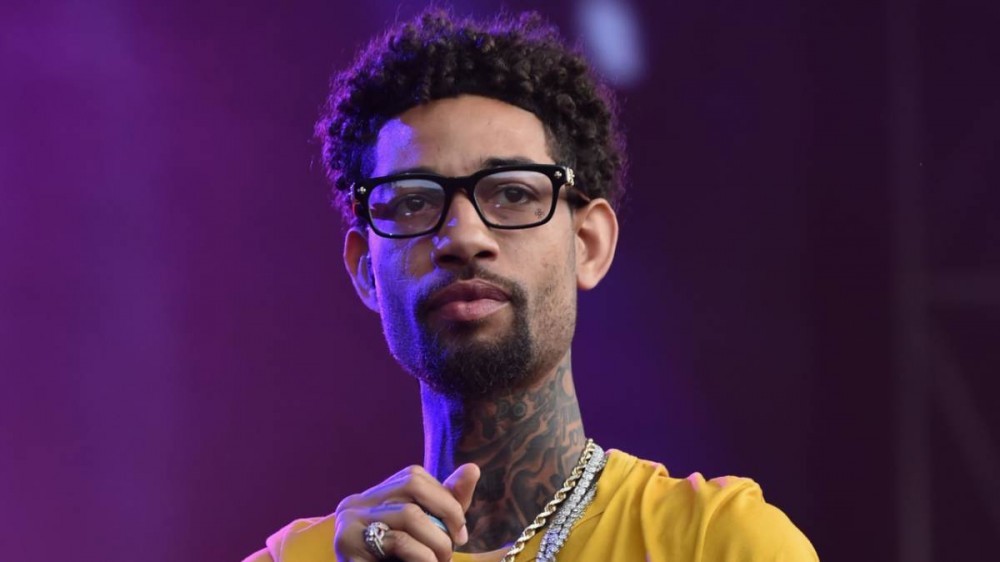 A suspect in PnB Rock’s murder has yet to be identified, but one man has come forward to clear his name after being implicated in the rapper’s death.

Emmanul Danquah, a Minneapolis-based videographer and photographer who goes by the name South Side Chief, has been accused of being the killer due to argument he had with Rock on Instagram Live in 2021 over a stolen t-shirt design.

Despite there being no evidence linking him to the crime, various YouTubers and rap bloggers have used clips of their spat to paint Danquah as the gunman, with some erroneously claiming their argument took place shortly before PnB Rock’s murder.

In a recent interview with the Drea O Show, Danquah pushed back against the rumors and denied he was behind the Philadelphia rapper’s death.

“I want everybody to know I had nothing to do with the murder of PnB Rock,” he said. “I wasn’t there, I didn’t make an ‘OG phone call’ or anything.”

Danquah also revealed that he and Rock were on good terms before his passing and were planning a charity boxing match to raise funds to help rebuild Minneapolis following the destruction caused during the 2020 George Floyd protests.

“When we had our last talks, we weren’t at odds,” he said. “He was a real one. He was gonna give me an opportunity to change both of our lives with this fight that we were promoting … I’m thankful for that.”

As for being accused of murdering PnB Rock, he said: “It made me feel a plethora of different emotions … For the internet to put that label on me by taking some video out of context and just running with it, I really can’t put it into one feeling or one emotion.”

He added: “I just want people to know that they can’t always believe what they see on the internet. If you see the video, I’m like 200 pounds heavier and they tried to make it seem like that was the same day [as Rock’s murder].”

Danquah said he has yet to be contacted by police and while he has nothing to hide, he is “worried” about how he might be treated by cops as a Black man.

Danquah and PnB Rock’s argument was sparked by the rapper allegedly stealing his t-shirt design featuring a photo of the uprising in Minneapolis after George Floyd’s death. After being tagged in Rock’s Instagram post, the pair engaged in a “heated” back-and-forth over DMs before taking things to Instagram Live.

During the dispute, Danquah threatened to snatch PnB Rock’s chain and asked him: “Where you at?” The rapper called Danquah a “bitch” as he logged off, to which he replied: “Bet. I’ma make you eat that.”

In another recent interview with TruthTeller TV, Danquah admitted his grievance over the stolen t-shirt was legitimate, but he played up the beef for attention.

“I needed to make the most out of the situation at the time,” he said. “I’m knowing in my head, ‘Okay, I’m finally getting the national attention for this, I’ma play it out like this.’”

Danquah’s comments come after it was reported the LAPD is investigating PnB Rock’s past beefs and potential enemies to determine whether his murder was a targeted attack.

The 30-year-old (real name Rakim Allen) was fatally shot during a robbery at Roscoe’s House of Chicken & Waffles in South Los Angeles on September 12.

The rapper was eating with his girlfriend when at least one armed suspect approached him and demanded jewelry. After a verbal exchange, Rock was shot multiple times and later pronounced dead at a nearby hospital.

The killer reportedly fled the restaurant in a getaway car and remains at large.