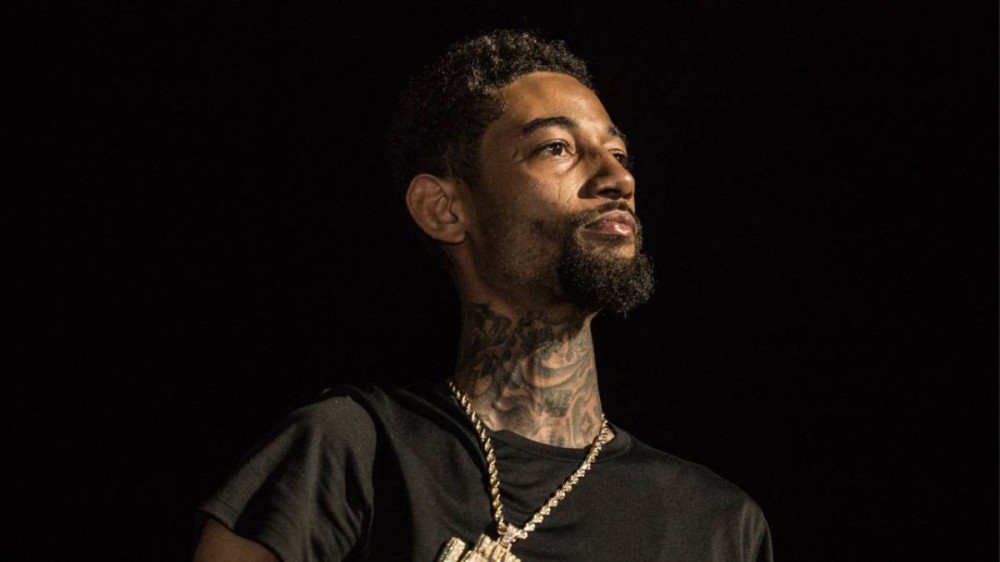 According to TMZ, the 17-year-old son of Freddie Lee Trone — the man police believe drove the getaway vehicle — was taken into custody presumably on charges of first-degree murder.

Sources said the father-son duo was already waiting for PnB Rock in the parking lot of Roscoe’s Chicken & Waffles in South Los Angeles, which seems to negate the theory a location-tagged social media post from the rapper’s girlfriend contributed to his death.

Trone is currently on the run and has been labeled “armed and dangerous.” Police are asking for the public’s help in locating him.

#UPDATE: Law enforcement sources say the 17-year-old son of Freddie Trone has been arrested in connection to the shooting. We're told the son was the shooter, and Freddie drove the getaway car. https://t.co/RyZByu7i5p

PnB Rock was killed on September 12 as he ate lunch with the mother of his two children. The killer made off with several gold and diamond chains Rock was wearing at the time. The court of public opinion initially blamed Rock’s partner for posting their meal on Instagram, inadvertently revealing their whereabouts.

But those familiar with Los Angeles knew better. As Rap-A-Lot Records founder J. Prince wrote on Instagram at the time: “RIP to @pnbrock and my condolences to his family, friends and fans. To all of you dumb mothafuckas blaming his girlfriend for his death, you’re wrong as 2 left shoes.

“Here’s a woman that’s been traumatized by seeing her boyfriend killed in front of her and you dumb fucks are adding insult to injury with dumb shit that you dont know to be facts.”

PnB Rock was just 30 at the time of his death. He was laid to rest during a Muslim funeral service in Philadelphia on September 21, which took place at the Khadijah Alderman Funeral Home on 1924 W. Hunting Park Avenue.

The service sheet showed a photo of Rock with “In Loving Memory of Rakim Allen, December 9, 1991 – September 12, 2022” on the front, and included a copy of the Janazah prayer.