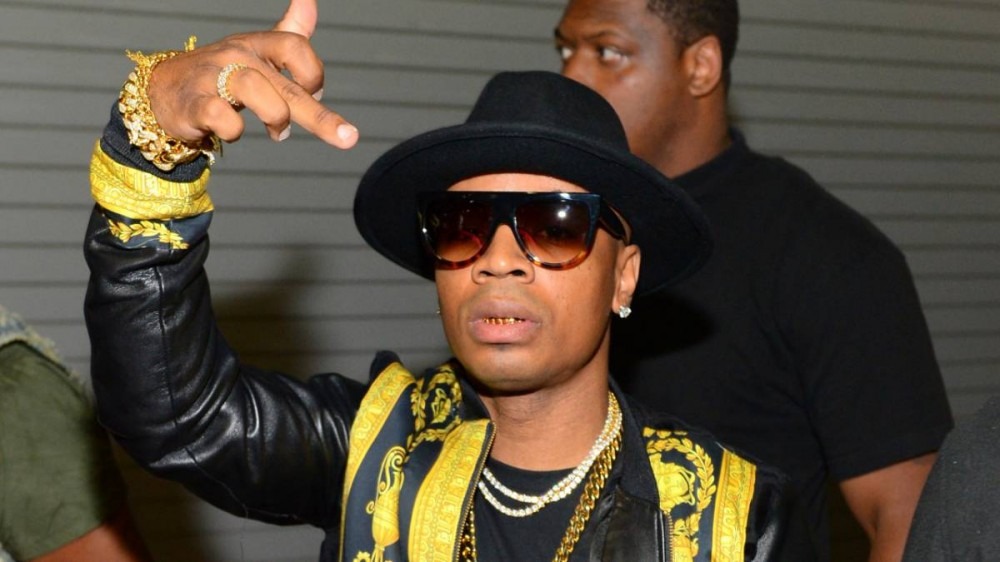 Show of hands: who thought Plies would become one of Hip Hop’s voices of reason in 2021? From calling out CEOs for not fairly compensating employees amid the COVID-19 pandemic to highlighting the hypocrisy of pro-police Blue Lives Matter supporters, the 45-year-old Florida rapper has emerged as an unlikely source of wisdom on social media.

This week, Plies weighed in on another topic that’s been dividing opinion lately: the NBA’s COVID-19 vaccine policy. Earlier this month, the debate heated up after the Brooklyn Nets decided to ban Kyrie Irving from all team activities (that includes playing games) until he agrees to get vaccinated.

The All-Star point guard is a staunch anti-vaxxer, a controversial stance that has been applauded by the likes Chris Brown and T.I., while simultaneously earning him the title of the “top idiot in the country” by radio host Howard Stern.

On Tuesday (October 19), NBA legend Magic Johnson shared his thoughts on the topic in an interview with CBS Mornings. The Los Angeles Lakers icon urged all NBA players to get jabbed, saying they’re letting their teammates down if they don’t — a comment that was taken as a thinly-veiled shot at Kyrie Irving.

Magic Johnson, who tested positive for HIV during his playing career in 1991 and continues to live a normal life with the diagnosis, has been used as fodder by various anti-vaxxers and conservatives in the debate surrounding Kyrie’s ban.

But on Wednesday (October 20), Plies entered the fray to talk some sense. The Florida rapper took to Twitter to shut down those who have been drawing a false equivalency between the NBA banning Kyrie Irving for being unvaccinated and Magic Johnson playing multiple seasons with a HIV diagnosis.

“People Say The NBA Let Magic Play With HIV,” he wrote. “U Can’t Contract HIV From Shaking Hands, Hugging, Coughing, & Running Up & Down The Court. COVID U CAN. HIV Is Transmitted Thru Drop of blood(SyringeOr Unscreened), Birth & Unprotected Sex. If Players Were Havin Babies, Sex Or Sharing Syringe U Had A Point!”

People Say The NBA Let Magic Play With HIV. U Can’t Contract HIV From Shaking Hands, Hugging, Coughing, & Running Up & Down The Court. COVID U CAN. HIV Is Transmitted Thru 🩸(💉Or Unscreened), Birth & Unprotected Sex. If Players Were Havin Babies, Sex Or Sharing 💉 U Had A Point!

Plies even flamed a Twitter user who replied to his tweet by making a crude joke about Magic Johnson having HIV.

“I’d be more scared of Magic Johnson & his HIV then covid itself,” the follower wrote, to which Plies responded, “I’m Quite Sure Magic Is More Scared Of U Sweetheart Then U Are Of Him!!!!!”

While Kyrie Irving’s future as a full-time NBA player remains in doubt, you can rest assured Plies will continue to be a voice of reason on social media.