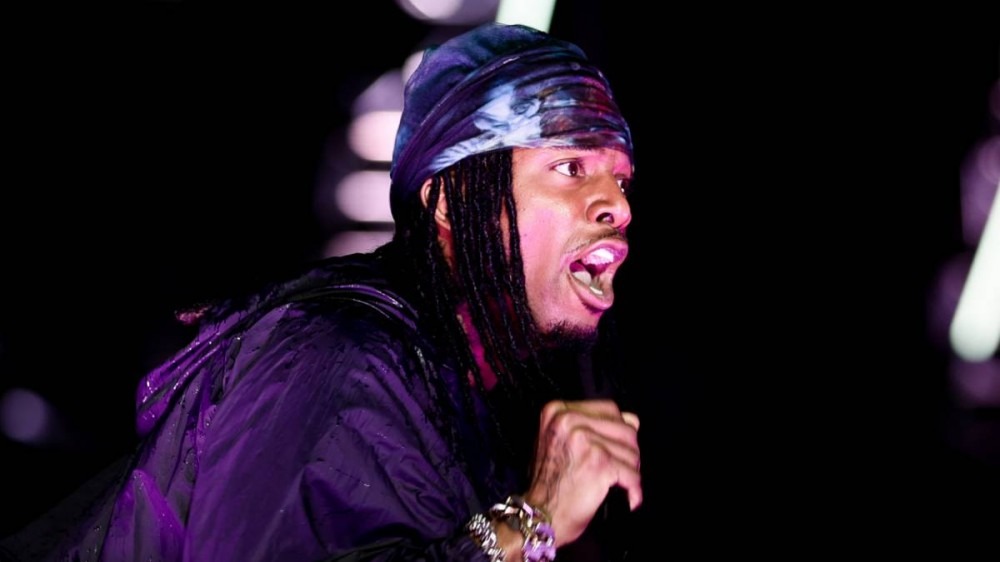 Houston, TX – Playboi Carti recently kicked off his Narcissist tour, and the roadshow is already making headlines for the wrong reasons. On Saturday (October 23), Carti was supposed to perform at NRG Arena in Houston, Texas, but the show was canceled after fans wreaked havoc at the venue.

Various footage from outside the arena shows fans destroying property such as metal detectors and barricades in their efforts to get inside. People were reportedly waiting several hours to enter the venue, but grew restless as time passed. The situation became tense when people broke down a gate that led to the doors of NRG Arena.

“It’s a really intense, aggressive album,” one fan told ABC 7, referring to Carti’s latest project Whole Lotta Red. “People came to the concert really amped up and ready to go crazy. Maybe the people at NRG weren’t prepared for that.”

stormed the arena to see #playboicarti but it got cancelled😪😪 pic.twitter.com/pVd13ylVb4

Fortunately, the Houston Police Department called for back-up and was able to control the incident with no arrests made. One witness claimed an ambulance was called for someone who had been trampled during the chaos, although no details have been released.

Venue officials have advised ticket holders to seek a refund from where they purchased their tickets.

The incident in Houston was nothing new for Playboi Carti fans, who usually go hard to see their favorite artist. Carti’s Narcissist tour stop in San Antonio, Texas on Sunday night (October 24) also saw fan trouble when fans hopped over barricades to get to the front row of the venue.

Before that, clips circulated online of fans breaking down metal detectors and rushing inside another location on the Atlanta rapper’s Narcissist tour earlier this month.

Over the summer, Playboi Carti scared a lot of Miley Cyrus fans during his set at the Lollapalooza festival in Chicago. Carti’s set was right before Cyrus’, causing both fan bases to interact, but it was far from peaceful.

“Don’t go to a carti concert his fans are insane someone punched my contact out people were passing out somome had a seizure ppl were / are bleeding,” one person wrote on Snapchat.