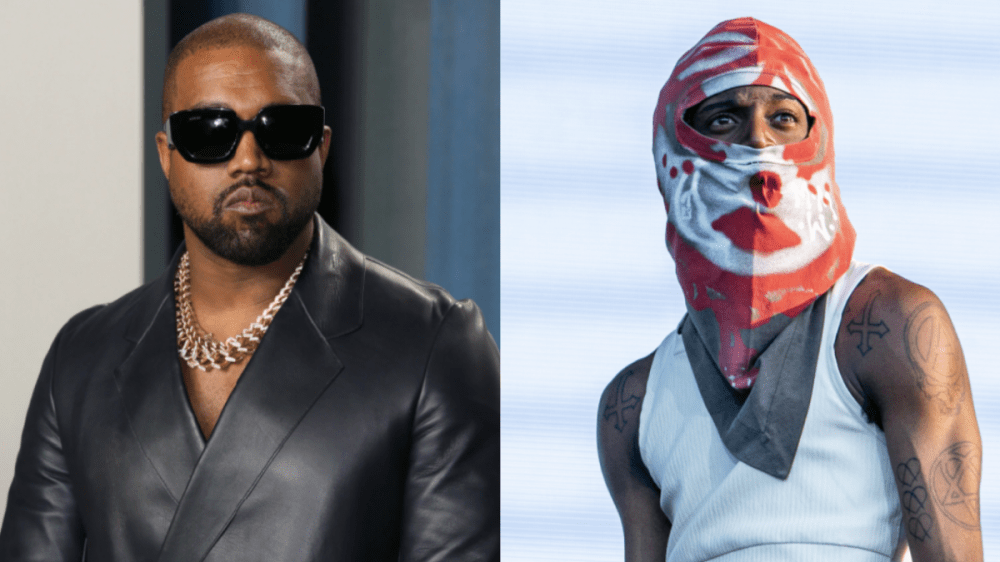 From “Off the Grid” to on the road? Playboi Carti posted a text message exchange with Kanye West on Wednesday (February 23) to his Instagram where the Chicago native proposed the idea of the two touring together.

“Let’s go on tour,” the text message from Ye reads while Carti responded with a photo of himself that probably has meaning since he speaks in some sort of code.

“My funeral g0ne be lit,” the Atlanta native captioned the photo dump.

Playboi Carti is riding high coming off of his nationwide King Vamp Tour, which he wrapped up in December 2021. Kanye West’s last U.S. arena tour took place in 2016 on the Saint Pablo Tour before the trek was cut short following his November 2016 hospitalization for exhaustion.

Kanye and Carti hit the Loandepot Park stage together as part of the Donda 2 listening experience for the live debut of Donda standout “Off the Grid” alongside Brooklyn’s Fivio Foreign. Sound issues took away from what should’ve been a dynamic performance but vocals were thrown off thanks to technical difficulties.

Playboi Carti also earned another feature on Donda 2 track “Mr. Miyagi.” The song was not one of the four finished and officially uploaded to Kanye’s Stem Player website.

Yeezy looks to be in performance mode after hitting the Rolling Loud California stage and reuniting with Drake for the Larry Hoover Benefit Concert in December. He’s also slated to headline Coachella in April.