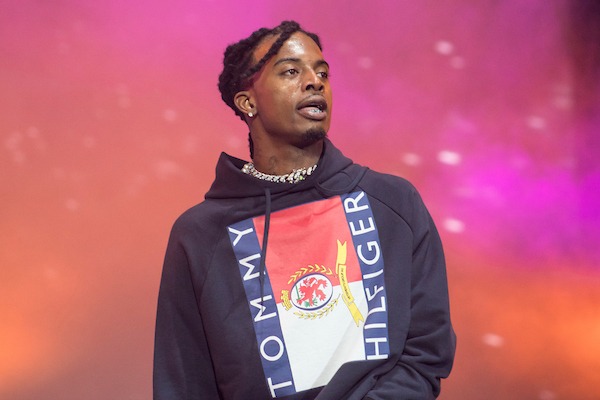 Playboi Carti was set to perform at Houston’s NRG Park on Saturday night. Unfortunately, the rapper never made it on stage. Fans stood in the rain for hours waiting for the Die Lit rapper’s arrival but grew restless and took matters into their own hands. The crowd stormed the NRG Arena forcing themselves through the security gates and flooding the concert venue. Security became overwhelmed, fans were surrounded by Houston PD and with a joint effort by the arena, the show was canceled according to HNHH.

Carti is yet to make a statement of the incident but took to Twitter to say two words “HARDcore,” followed by another tweet that read “Cult.”

Twitter wasted no time flooding the rapper’s tweet with memes and viral videos of what happened in Houston. One of these videos shows a fan breaking his curfew wearing his GPS ankle monitor. Though the rapper never stated that he believes his fans are a “HARDcore Cult,” it can be assumed that his tweets were directed to his reckless fans.