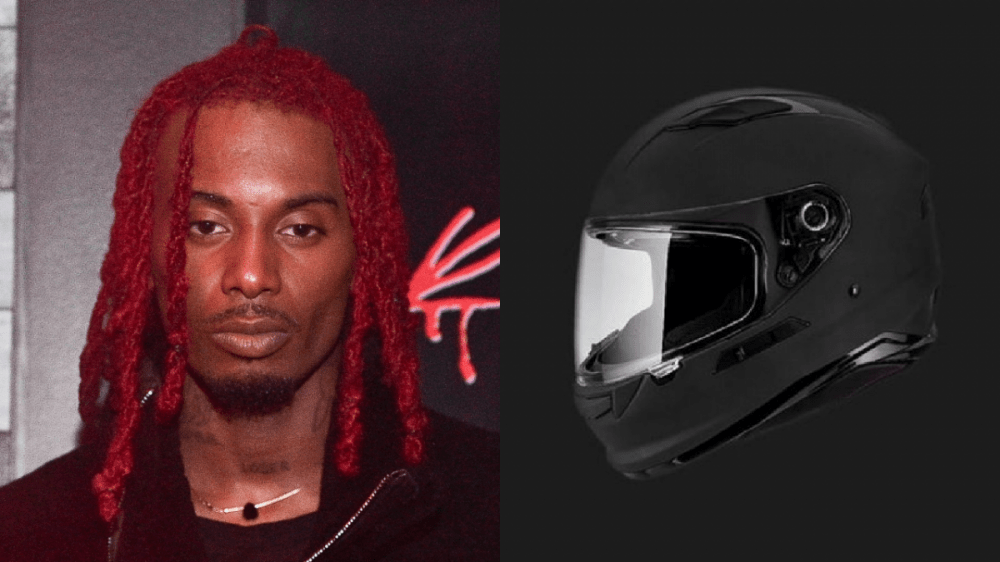 Atlanta, GA – Playboi Carti‘s Narcissist (which turned out to be merch, not a new album) finally arrived on Tuesday (September 14), but the hyped-up release didn’t go as planned for the Atlanta rapper — or his fans.

Following numerous social media teasers, Playboi Carti’s online store was updated with what fans were led to believe was a new Narcissist merch collection. The racing-inspired range included a bomber jacket ($200), a hoodie ($110), a long sleeve t-shirt ($50), a ski mask ($40) and motorcycle gloves ($75).

The pièce de résistance of Carti’s collection was a black motorcycle helmet that came with a hefty $5,000 price tag.

However, one particularly observant fan quickly smelled something fishy. He pointed out the pricey helmet listed on Playboi Carti’s e-store appeared to use the exact same product image as a significantly cheaper helmet featured on a Chinese retailer.

“Carti really said let’s do a $29 Chinese motorcycle helmet with a flat logo photoshopped on top for $5k fuck them kids,” he wrote.

The same fan also noticed the $40 ski mask from Carti’s merch collection used the same photo as a mask retailing for just $0.45 on the Chinese website Alibaba.

As more fans began to take notice of the irregularities surrounding his Narcissist merch collection, Playboi Carti pointed the finger at hackers while claiming he never approved any of the items. He’s since pulled the merch from his online store.

Carti didn’t say whether fans who have bought merch will receive a refund, though, leaving many to wonder whether they’ve just been scammed out of their hard-earned cash.

Playboi Carti fans will be hoping for a resolution to the merch mix-up before his Narcissist Tour kicks off next month. The 43-city arena tour gets underway in Nashville, Tennessee on October 14 before wrapping up in Carti’s native Atlanta, Georgia on December 23.

playboi carti fans who bought the helmet for 5k after seeing carti tweet that merch website was hacked 😭 pic.twitter.com/nyTeLwBWg2

Resellers after finding out they bought 23 of the same fake merch pic.twitter.com/IXGOZgoSrQ