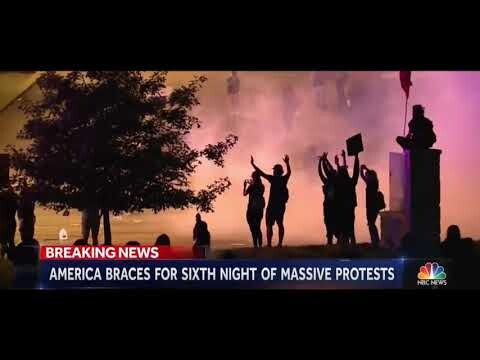 From peaceful protests to militant methods of resistance, Hip-Hop has long reflected the age-old, collective angst and civil unrest caused by persistent oppression. Carrying on this tradition, rapper Phocuz and Ransom‘s Momentum Entertainment artist J. Arrr echo Pac’s famous sentiment with a rallying cry and demand for justice in “War Ready”. The song’s Alexander Harold-directed music video plays out with scenes of Phocuz leading boot camp in a forested area, interpolated with real broadcasts of protests in recent years. The video was shot in Sandy Springs, Georgia (otherwise known as ‘Trump County’ for its overwhelming support of the former president of the United States).

“We as Black people have always protested– peacefully and financially –to some avail, but mostly find ourselves on the receiving end of more brutality. I’ve always been an ‘eye for an eye’ guy on certain topics, so I decided that it’s time to voice the angst of what we really want to say. ‘War Ready’ was the anthem that came to mind. We not asking anymore. We want what we are owed. And I’ve got white allies beside me that feel the same way I do. We shot this video in what many would call Trump County. I’d never seen so many American flags and Governor Kemp signs. I felt we were right in the enemie’s backyard so to speak. You can imagine people’s faces as we were marching through the park in our army gear. It was a great experience and I felt our director captured the moment perfectly.” – Phocuz

“War Ready” is from Vibes R Eternal, Vol. 2, Phocuz and producer J-Mac‘s gritty, conceptual full-length follow-up to their 2017 debut project Vibes R Eternal. Released on June 24, 2022 on all digital streaming platforms and stores via 4th Quarter Time/Soulspazm, the new album features The Game, Jamla’s GQ, White Dave, among others, and builds on the soulful foundation established on the first project.