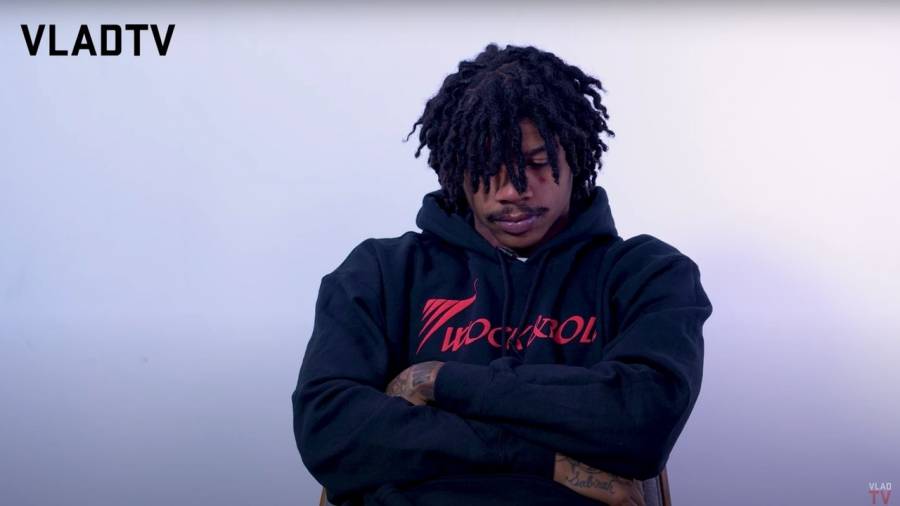 In a new VLADTV interview, the up-and-coming rapper discussed linking up with the Dreamchasers boss after his 2017 street anthem “O.S.S.” [On Some Shit], blew up.

“Meek, I ain’t know Meek until I had that big record,” he recounts with a smirk on video.

“Everybody knew me when I had that ‘On Some Shit,’ record.”

The “Off Top,” rapper proceeds on to describe several encounters with Meek, including a stop during the Legendary Nights Tour when he was called on stage, and again at NBA player Dion Waiters’ birthday party. Eventually, the pair officially met while Poundside Pop was staying in Los Angeles, at which time he alleges Meek tried to sign him.

“You know you gotta come correct when you trying to sign somebody, so that didn’t workout right,” he begins.

The ZooGang member says he tried to negotiate a deal with a better advance but was again met with an offer he felt undervalued his talents and underserved his larger purpose — which is to take care of his people.

Even though Poundside Pop goes on to say there is, “No love lost,” between himself and Meek Mill following the botched recording contract, he still has found time to poke fun at the situation and rekindled their pseudo-feud in a recent Instagram post.

“Lol, I’m done,” he captioned a video meme pitting his Wock and Roll imprint against Dreamchasers.

Poundside Pop released his Wock and Roll EP this past Friday (December 4). Stream the full project below and watch the full interview clip with DJ Vlad above.