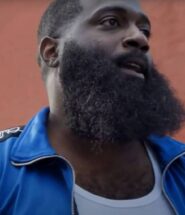 Philadelphia, PA – Charles “Dark Lo” Salley reportedly pleaded guilty to one count of witness intimidation on Monday (March 29) and now faces up to nine years in prison if convicted. According to The Philadelphia Inquirer, Salley threatened the informant who helped put Original Block Hustlaz label co-founder Abdul Ibrahim West — better known as rapper AR-Ab — in prison as part of a 2018 drug conspiracy case.

Salley, who avoided an indictment at the time, put out a track called “Allegations” just 10 days after the nine other OBH members were arrested in which he warns the “rat” who snitched would be hunted down and shot. Prosecutors cited the lyrics as the first in a series of threats he made against a star government witness.

“His lyrics promote gun violence and his music videos depict images of drug dealing and weapons possession,” Assistant U.S. Attorney Justin Ashenfelter wrote in a 2019 court filing. “Plainly, he is a danger to the community and he enjoys that image, using it as a platform to sell his music.”

AR-Ab was convicted in 2019 for turning the OBH label into a “large-scale” North Philly drug operation linked to at least two killings and faces decades in prison. The rapper had built a large local following with his music, earning the respects of Drake, Swizz Beatz and Birdman along the way. But now, he sits behind the bars of the Federal Detention Center (FDC) of Philadelphia awaiting sentencing.

At the time of AR-Ab’s conviction, he received guilty verdicts on several counts, including conspiracy and distribution of crack cocaine, heroin and methamphetamine.

“West and his crew transported illegal narcotics across the country to push here on our streets,” Special Agent in Charge of the FBI’s Philadelphia Division Michael T. Harpster said in a press release. “They used violence to maintain their hold on their drug territory, in order to keep the cash rolling in. The FBI and our partners on the Violent Gang Safe Streets Task Force are determined to dismantle dangerous trafficking operations like this and bring those involved to justice, as we push every day to make this city safer.”

While incarcerated, AR-Ab claims he was denied medical care after suffering from kidney failure and kept in solitary confinement for no apparent reason. Last December, AR-Ab’s younger brother Lik Moss told Da Interrogation Room his brother was stabbed and in terrible condition.

“Right now, he’s in a position where he can’t walk at all,” Lik said around the four-minute mark. “But he’s on a block with my brother and little cousin so they kind of taking care of him right now.”

Lik Moss further explained his medical issues stem from a stabbing incident involving AR-Ab who was on the phone when a fellow inmate started running through the area slashing random people.

“Probably about 80 percent of his body is black,” Lik explained. “It’s pussing and bleeding. And he ain’t used the bathroom in a week — like urinated. So we know that’s a kidney problem. But they not giving him no medical attention. … when he got stabbed they took him to the hospital — well, not the hospital but you know, the medical. Then they put him right in the hole. … He catch hives in the hole. … He blackout then they take him to medical. But, they don’t run no real tests.”