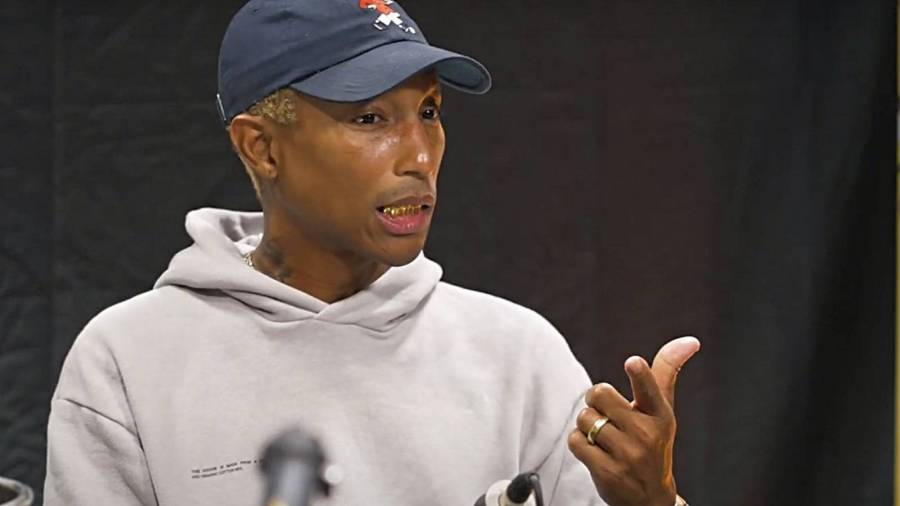 New York, NY – Pharrell Williams was the latest guest on REVOLT’s Drink Champs where he chopped it up with N.O.R.E. and DJ EFN about a bevy of topics, including the Drake and Pusha T beef in 2018.

During the conversation, the subject of snitching also came up and the N.E.R.D co-founder didn’t hesitate to admit he’d definitely be on the phone with 9-1-1 if it meant securing his freedom, something he learned one night hanging out with Lil Wayne at a New Orleans club where “everybody had a gun.”

“Literally, I’m not a tough guy, I’m staying my ass inside and the fucking FBI is on speed dial, bro,” Pharrell said as the room erupts with laughter. “I’m not a fucking tough guy. You people say things about snitching … I’m fucking snitching! Don’t talk to me about all that!

As N.O.R.E and the rest of the Drink Champs posse continued to burst out in laughter, Pharrell remained steadfast.

“I am snitching!” he repeats. “The fuck you mean? You can’t get mad at me. I have a purpose, I have to be me, I have to do my job, and I have to play my part in this movie. And my part is, ‘I told you not to do that shit, I told you I wasn’t built for this, I’m really sorry but this is your deal. Your honor, jury, are you guys listening?

Funk Flex adamantly agreed. He shared the clip to his Instagram account and wrote in the caption, “Jail? Hold up! Hey to reiterate… I know I been around a lot of rappers lately… but don’t involve me in NO CRIME.. I’m telling! From the desk of CIVILIAN FUNKFLEX! @therealnoreaga x @pharrell facts!”

Watch the full interview above. The Lil Wayne and snitching segment starts around the 1:07:20-minute mark.