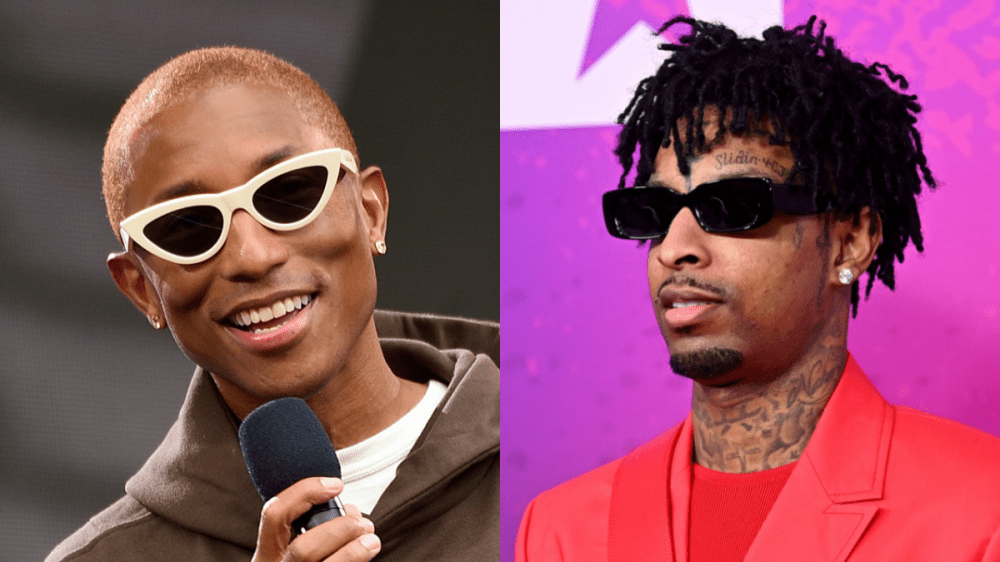 Pharrell is as celebrated for his style as much as his songs.

Beyond his work as one-half of The Neptunes, one-third of N.E.R.D. and a solo artist, the 48-year-old rapper/producer/designer is responsible for some of Hip Hop’s most iconic streetwear brands — Billionaire Boys Club and Ice Cream — while helping popularize A Bathing Ape in the U.S.

On top of that, Pharrell has become one of the most successful names on Adidas’ roster thanks to his Human Race collection, while releasing collaborations with the likes of Louis Vuitton, Chanel and Uniqlo.

Plus, his jewelry game is up there with the best of them (during his flashy Gangsta Grillz era, anyway).

From Tyler, The Creator and Kanye West to Lil Uzi Vert and Frank Ocean, Skateboard P’s style has won him an army of admirers — and you can add 21 Savage to that list, too.

“Pharrell is the king of drip!!” the Atlanta rapper tweeted on Sunday (January 16). “How the hell he do that shit for so long?”

Pharrell is the king of drip!!
How the hell he do that shit for so long ?
🤦🏾‍♂️

It wasn’t long before the always-humble Pharrell caught wind of 21 Savage’s praise and graciously accepted the title, but not without giving credit to his Virginia upbringing.

After all, this is the same state that has spawned fellow Hip Hop and R&B trailblazers such as Missy Elliott, Timbaland, Chris Brown, Pusha T, No Malice, Chad Hugo, Bink! and Nottz.

“From Virginia… it’s Something in the Water,” Pharrell replied, referencing his music festival of the same name.

21 Savage and Pharrell have yet to cross paths musically, although the Slaughter Gang rapper revealed he had spent time in the studio with the Neptunes hitmaker in 2018 and the duo were cooking up “hits.”

21 — who loves a singalong — also filmed himself hilariously belting out Pharrell’s 2003 hit “Frontin” on Instagram Live in 2020.