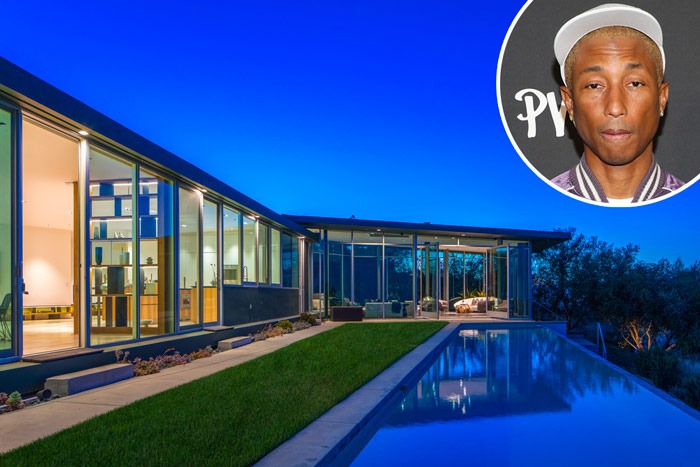 Pharrell is fleeing the Hills.

The multi-hyphenate has listed his Hollywood Hills home for $11.95 million. The 1.5-acre property, which he purchased in 2015 for $7.1 million, sits high above L.A.’s Laurel Canyon with sweeping 280-degree mountain, canyon, and city views.

The 5,800-square-foot architectural, described as a “sleek, angular oil tanker,” was designed by renowned architect Hagy Belzberg and boasts six bedrooms and five full and two half bathrooms, according to Dirt.com.

Other features include a glass-walled living room, a dining area with a floor-to-ceiling green wall, and an organic modern kitchen. A two-story guesthouse is separated from the main house by an auto-court. The outdoor grounds include a viewing terrace with a projection wall and a negative edge swimming pool and spa.

This is Pharrell’s second house to hit the market in the L.A. area. In March, The Neptunes hitmaker listed his Beverly Hills glass mansion for $17 million. The 17,000-square-foot architectural estate, which he bought from Tyler Perry in 2018 for $15.6 million, boasts 10 bedrooms and 11 bathrooms.

Pharrell and his family are spending their quarantine in Coral Gables, Fla. Last month, the 47-year-old mogul purchased a 3.5-acre waterfront property for around $30 million.