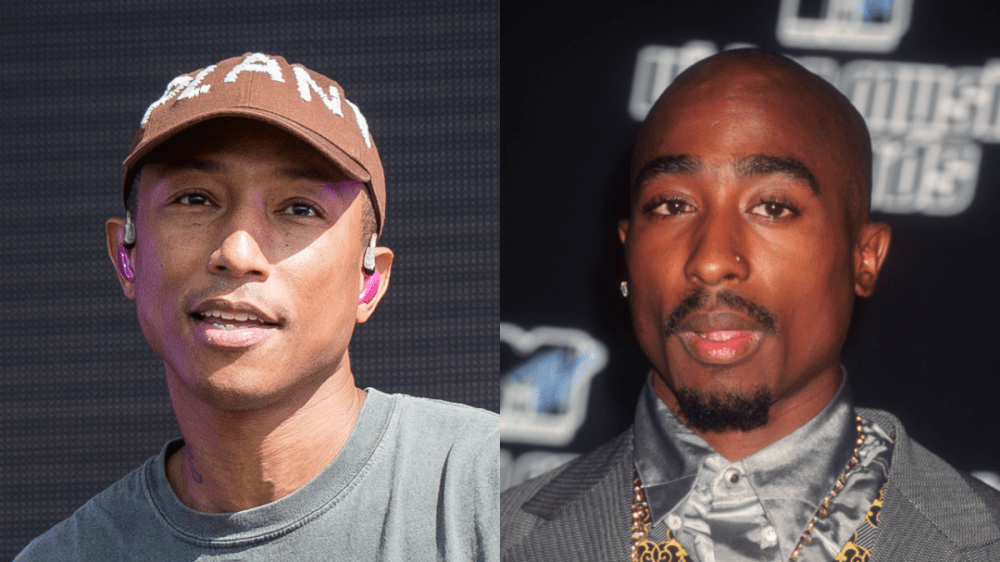 Pharrell‘s skin is the stuff of legend. At 48 years old, Skateboard P has barely aged a day since he stormed onto the scene as one-half of the legendary production duo The Neptunes alongside Chad Hugo in the late ’90s.

Those who have long envied Pharrell’s youthful complexion will be delighted to hear that he recently launched a new bodycare collection through his Humanrace brand. Following last year’s range of skincare products that catered to the face, this latest collection includes organic, sustainable and vegan-friendly body bars designed to “balance, soften and renew” the skin.

To promote his latest Humanrace offering, Pharrell teamed up with visual artist Harley Weir for an eye-catching photoshoot that finds him enjoying a soak in the tub with only the soapy water keeping his manhood concealed.

“I spend every morning taking a bath, it’s a part of my morning ritual and it’s where I get a lot of my inspiration and ideas from,” Pharrell told Dazed Digital. “It was a natural decision to show the body bars in the bath with me in these images.”

While the campaign is obviously intended to show off Pharrell’s silky-smooth skincare products, rap heads couldn’t help but draw a parallel to another half-nekkid bathtub photoshoot featuring a Hip Hop icon: 2Pac‘s 1996 photoshoot with David LaChapelle.

Shot following ‘Pac’s release from prison, the iconic yet polarizing “Becoming Clean” photoshoot included photos of the late rap legend laying naked in an empty bathtub with gold jewelry covering his crotch, as well as him covered in soap suds and taking a shower.

“Tupac was great, he was very sensitive and is truly a good person,” LaChappelle remembered years later. “When we did the shoot, he had just come out of prison … so this was the idea of the photo shoot, him becoming clean.

“He had given this interview when he was still in prison and he really opened up and was so honest … There was this idea of washing away and rebirth.”

Some fans have also compared Pharrell’s Humanrace campaign to Whoopi Goldberg’s 1984 Rolling Stone photoshoot by Annie Leibovitz, which found her bathing in a bathtub full of milk.

Pharrell has yet to directly credit 2Pac’s David LaChappelle photoshoot with influencing his own Humanrace bathtub shots, but it wouldn’t be the first time Skateboard P has drawn inspiration from the All Eyez On Me rapper.

According to TheNeptunes.org, Pharrell revealed during an appearance on Fuse TV in 2010 that LL Cool J’s “Luv U Better,” which was produced by The Neptunes, was originally intended for 2Pac.