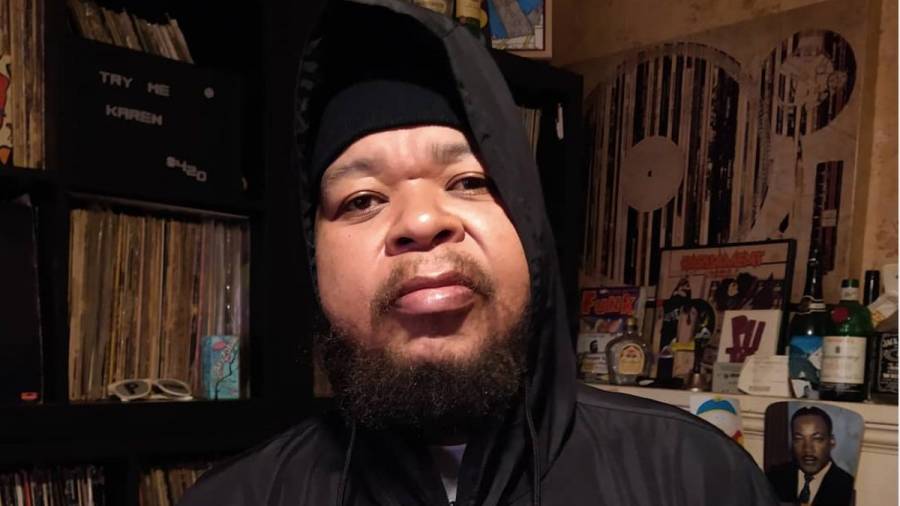 Los Angeles, CA – People Under The Stairs is a Los Angeles Hip Hop duo that rose to notoriety in the late ’90s with their debut album The Next Step.

Comprised of Thes One and Double K, PUTS released over a dozen subsequent projects during the course of their career and was one of several musical artists selected to appear in and remix the main theme song for The Simpsons 20th Anniversary Special – In 3-D! On Ice.

But on Saturday night (January 30), Beat Junkies turntablist and fellow L.A. Hip Hop staple Rhettmatic revealed Double K had passed away at the age of 43, although no cause of death has been disclosed.

“Just found out that Los Angeles last another hero,” Rhett tweeted. “Rest in peace to Crescent Heights very own DJ Double K of @puts. Mike was a good man.”

Just found out that Los Angeles lost another hero.

People Under The Stairs kept a relatively low profile, but they preferred it that way. In a 2019 interview with the Los Angeles Times, Thes One and Double K noted why they decided 2019’s Sincerely, The P would be their final album, explaining being two married guys in their 40s rapping about partying just wasn’t appealing anymore — nor was that lifestyle their reality.

“I think a lot of the people who grew up with us, they still want us to rap about partying, road trips and buying records, and we’re just like, ‘Man, how many times can I say it?’” Double K said at the time. Thes added, “There is no blueprint for Hip Hop musicians to get older gracefully.”

Throughout the course of PUTS’ career, they aligned themselves with other Los Angeles artists such as Jurassic 5 and Living Legends.

In fact, Double K was originally part of the Log Cabin Crew including some of his fellow Hamilton High School students Murs, Eligh and Scarub who would go on to form Living Legends with The Grouch, Picasso, Luckyiam, Aesop and Sunspot Jonz. Last year, Murs released the single “Flowers For People Under The Stairs” in support of the beloved L.A. duo.

And the admiration extended from generation to generation. In 2011, Mac Miller dropped a song dedicated to the duo called “People Under The Stairs” and brought them on tour as openers. During a 2011 interview with HipHopDX, Thes One spoke about that experience.

“It was crazy first of all when we got the call to be involved with the tour we didn’t even hesitate we were like, ‘Hell yeah,’” because it’s a big deal for us and our career to be able to represent ourselves to a new generation of kids,” he said at the time. “But aside from that the fact that Mac and his camp are not only extremely cool, everyone in the camp is real respectful.

“I mean that’s why he’s rapping over Lord Finesse beats and my beats and other beats. He’s doing it because he’s coming from a genuine point of respect and it might get lost from the fame he’s received but the fact of the matter is the kid can rap his ass off and he truly does love Hip Hop and I didn’t feel that it was a compromise to go out with him at all.”

Pioneers such as Public Enemy’s Chuck D and Biz Markie have also expressed their love for PUTS over the years, proving their ability to transcend eras. Needless to say, tributes are pouring in on social media from Immortal Technique, Open Mike Eagle, Z-Trip, Casey Veggies, Dâm Funk and more.

HipHopDX sends our condolences to Thes One, Double K’s family, friends and fans.

Man. Just finished watching a memorial for my Uncle. Just found out we lost Double K of People Under The Stairs… Rest In Peace brother. Glad to have known you and toured with you. Peace and strength to the family.

Damn…. RIP Double K. Never knew the PUTS guys personally, but it felt like there was a concurrent thing happening on the west coast to the Jux/Fondle em/RSE thing, and they were in the middle of it. Condolences to Thes One.

Rest In Peace Double K 🌧 saddened to hear about the loss of Double K this morning. People Under The Stairs were a major influence on us. Love and respect to his family and friends in this time of mourning. pic.twitter.com/eOpH7O523X

RIP 🕊 2 Mid-City└A’s own Double K
(Michael Turner) of @PUTS. Respect.
Condolences 2 his family, Thes One,
all their listeners & peers at this time.

This was one of the first big shows Living Proof had ever played. I was such a fan of these guys in High School and I remember specifically smoking a blunt with Double K in the back of The Hawthorne Theater after our set lol

Oh no. Rest in peace to Double K of People Under The Stairs, who I worked with on my very first piece of music production “Quid Control”. A great MC and a great guy. pic.twitter.com/TegatDCVoN