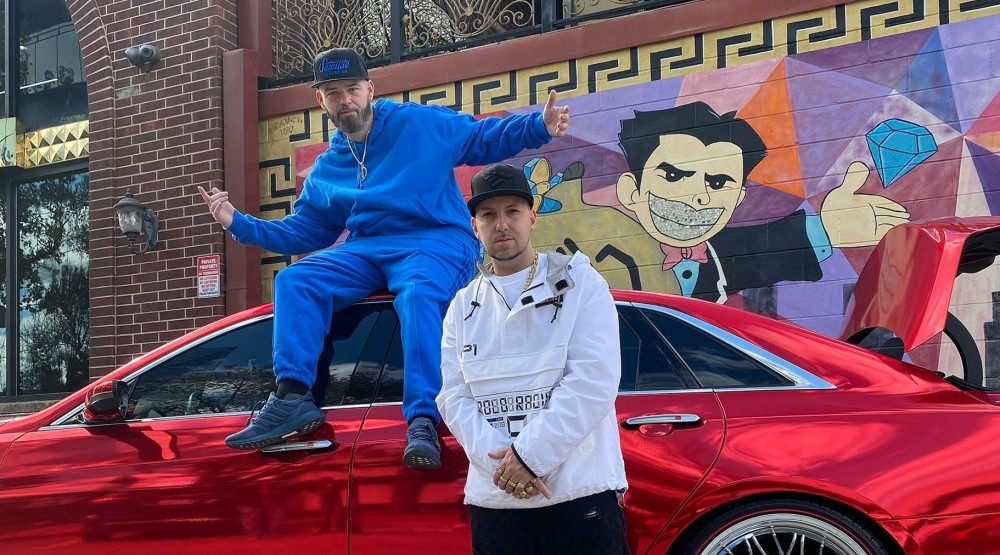 Houston’s legendary lyricist Paul Wall is no stranger to the car community. Now his longtime friend and collaborator, Termanology, joins him riding shotgun as they both spit hard-hitting raps in the new video “Recognize My Car” produced by Pete Rock.

The D Will directed visual used some VHS style footage to capture the H-Town slab culture while both emcees rhyme their verses. Slab is Houston slang for a souped up car, with a special set of rims, called “swangas.”

This isn’t the first time these two artists have teamed up. Last month, the duo released “No Tolerance” featuring Fly Anakin and Nems.

Along with releasing the video for “Recognize My Car,” Paul and Term also announced a joint album is arriving. Paul Wall and Termanology are set to drop Start 2 Finish on April 8.

Start 2 Finish will be a 10-track project executive produced by Statik Selektah and with features from Bun B, Fly Anakin, C Sharp, Millyz, and Nems among others.

Both artists are thrilled to be working with each other on this project. In an exclusive statement to The Source, the “Sittin’ Sideways” rapper said, “I had a lot of fun working with Term on this project! And every time I work with Statik Selektah it brings out the absolute best in me. This album brought out some of the best rap bars I’ve ever spit.”

Termanology shared the same reaction with The Source. “I had so much fun making this album. The production is top quality and Paul Wall went crazy on every verse, which made me get even more creative with my pen game. I think people are going to like this project a lot.”

Enjoy the video for “Recognize My Car” from Paul Wall and Termanology below.

Check out the tracklist for Start 2 Finish, available on all DSP’s April 8.