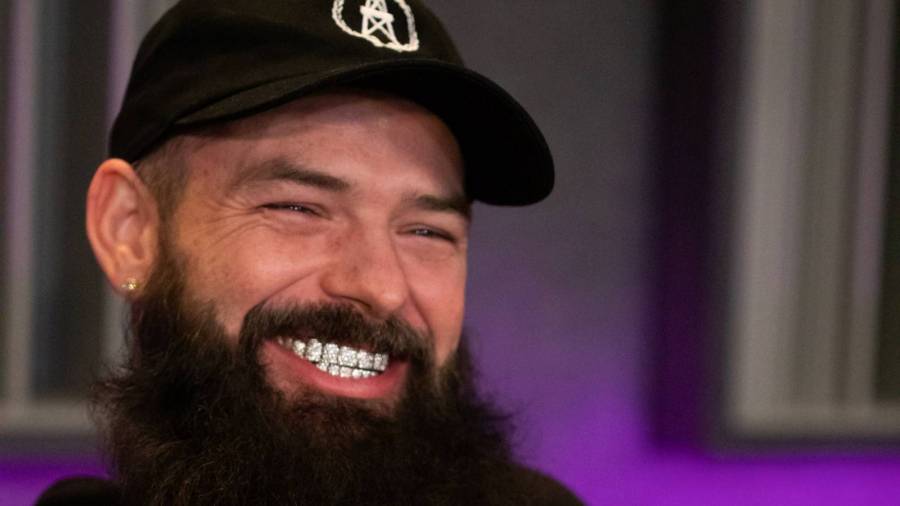 Interview – Paul Wall is widely known for two things: raw, Southern Hip Hop and icy, custom grills. Since 1998, Wall and his business partner Johnny Dang — who met the Houston rap icon when he was working at a local flea market — have crafted elaborate grills under the Grillz umbrella for everyone from Kanye West and Diddy to Paris Hilton and Nelly.

Inspired by Dang and his innate ability to craft insanely ornate grills, Wall partnered up with Nelly for the smash hit “Grillz” in 2005. During a recent interview with HipHopDX, the Po Up Poet recalls seeing a huge spike in business immediately after the song came out.

“[It increased] like a million percent,” Wall tells DX with a laugh. “We always joke about this because my partner who I did Grillz with, Johnny Dang, he was in the video as well. The song was like a billboard commercial for us to make grills. To be able to parlay the music with businesses and side hustles was a beautiful thing. So for me to be able to sell grills, make grills and have a partner like Johnny, I’m grateful.

“When I first met Johnny, it kind of changed for both me and Johnny because I was able to help add a layer of marketing and promotion, and I saw he was a good person. A lot of the jewelers — not that they’re not good people — but they’re hustlers. They’re trying to make money, so it’s a negotiation. You want to be able to trust somebody’s word.”

In 2016, Wall and Dang made history when they opened the world’s largest custom grills store, Johnny Dang & Co., at Houston’s PlazAmericas (formerly Sharpstown Mall) and business has been thriving ever since. Wall marvels at the multiple generations they’ve seen come through their business.

“Some of them people, they bring their kids and now they’re bringing their grandkids to us,”he says. “That means something to us. If you can stand behind a product and you can have that type of relationship with a customer, they really fuck with you. Some people, they just price checking, but we’re looking for the people that’s going to be with us, that’s going to rock with us. That’s why we rock with them. When Johnny gave me that opportunity to sell grills, it changed my life and he continued to do that with other people.

“That’s what I love about Johnny. He gives other people that same opportunity that he gave me and together, we been able to build something like this. It’s really been a wild, crazy ride when you stop and think where we started from and where it’s at now. At any given day of the week, you go inside the store, there’s going to be celebrities, whether they be YouTubers or TikTokers, basketball players — that’s every day.”

Four years later, Wall is preparing to release his next album Subculture, which was entirely produced at Red Bull Music Studios prior to the COVID-19 pandemic beginning its global takeover. The project coincides with the 15th anniversary of his 2005 sophomore effort The Peoples Champ.

Check back on Friday (October 2) for Part III of the HipHopDX interview and a special premiere of Red Bull Music Studios’ behind-the-scenes video of the Paul Wall sessions.