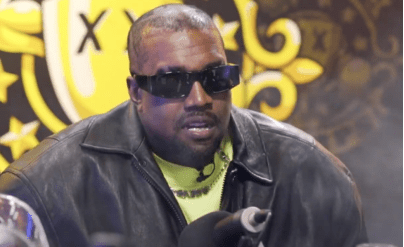 Everyone is talking about Kanye West and his Drink Champs interview he had last Thursday. This includes moments of Kanye mentioning regrets of signing Big Sean, he also revealed that Beanie Sigel created the term “Yeezy,” he even claims that he would wash Drake in a Verzuz battle. But it seems like there’s more to come from the man who had a lot to say last week.

“What if we told you there’s more,” the Drink Champs Instagram account shared on Monday. “YE PART ✌️”

More Content from the Kanye interview is expected to be aired on Revolt TV on Thursday 11th. The IG clip posted claims that the original episode was the “interview of the year” with some never-before-seen clips.

“We can’t have a conversation,” Kanye says in the trailer. “Y’all stupid motherf***s, what the f**k is wrong with you?”

Of course, the last time he opened his mouth for the show—which was the most he’s spoken since his quiet Donda rollout. His interview had a lot of reactions from the rappers he mentioned. Sigel now has been promised $50 million from the creative, Sean was just as confused as the rest of us, and Jay-Z believes the comments he made about Just Blaze were “unfair.”

Jay said in a Twitter Space Conversation later that day “I don’t think anyone was copying off anyone … I think everyone created for the project. The baby was The Blueprint. It’s something we should all be proud of, and everyone should be prized for their contribution,” “We all had the assignment and created this one body of work everyone is going to have a different truth.”

REVOLT recently confirmed that the latest episode of Drink Champs featuring Ye broke the viewership record for the network. If part two is as heated as the trailer shows, then maybe a new record would be set by next weekend.